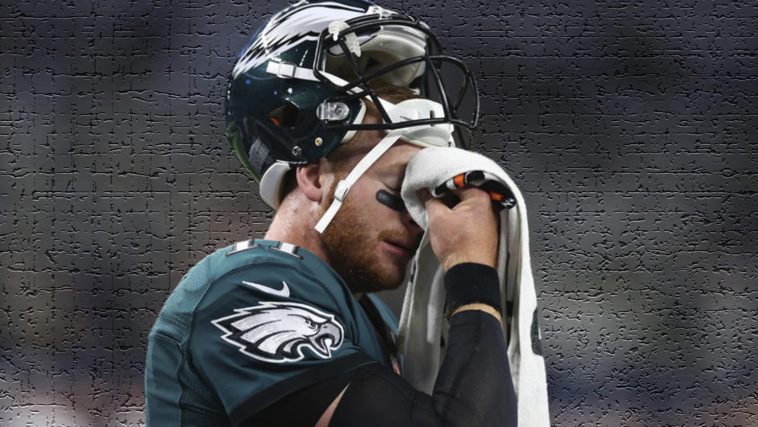 The Philadelphia Eagles had a chance to find themselves even with the Dallas Cowboys in the NFC East, instead, they lost to the Dolphins and the season is running away…

An offense that had struggled for the previous two games found some traction, but not when it mattered most. A defense that had held its previous opponents to no more than 17 points was atrocious.

Eagles fans after losing to the Dolphins: pic.twitter.com/PGkofcpiwC

The Miami Dolphins ran the trickiest of trick plays ever ?

Throw in an opponent trick play that led to a touchdown for a third straight week, a few mistimed penalties by the Eagles offense, and Miami Dolphins wide receiver DeVante Parker running roughshod through the secondary, and the Eagles were sent to a stunning 37-31 loss on Sunday.

The Dolphins came into the game with the 30th-ranked offense, and hadn’t scored more than 26 points in any game this season. They also had the 30th-ranked defense in the NFL.

The Miami Dolphins ran the best trick play of all timehttps://t.co/S9lxQQEzxp