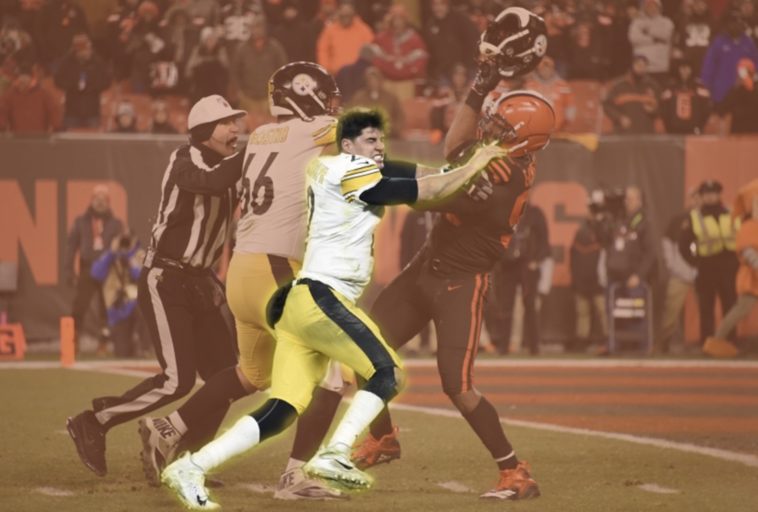 We will never forget the day that Mason Rudolph and Myles Garrett started one of the most controversial moments in recent NFL history. BANG, Myles Garrett took off Rudolph’s helmet and smacked him upside the head with it. Garrett has been suspended for the remainder of the season. Well, now there is new words on the situation, Garrett claims that Mason Rudolph used a racial slur against him prior to the rest of the brawl.

ESPN reported Garrett made the accusation during his appeal hearing on Wednesday. Appeals officer James Thrash “remained stoic and took copious notes” while listening to Garrett, according to ESPN. Rudolph denied saying anything to Garrett to provoke him when he read a prepared statement to reporters on Wednesday.

Rudolph, who grabbed the back of Garrett’s helmet while the two of them were on the ground at the end of the play, has been fined $50,000, Ian Rapoport of NFL Media reports.