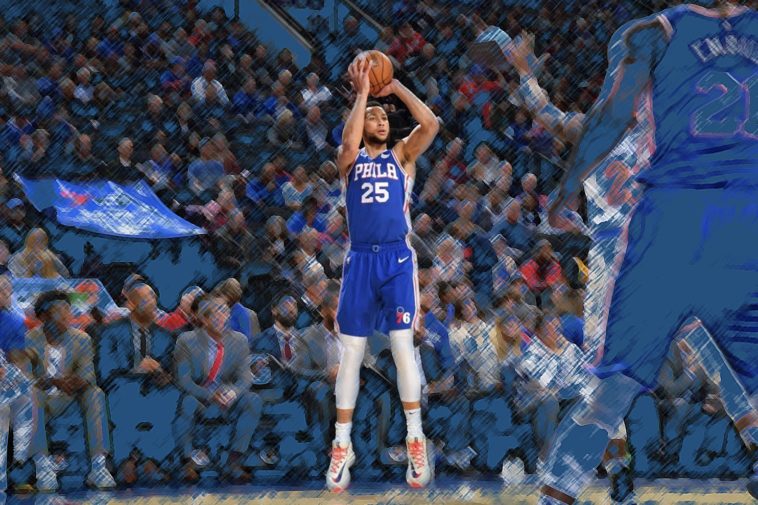 It has taken long enough, it has taken Ben Simmons 172 career games in the NBA to finally make his first three-pointer. It’s not that he’s shot a lot, but its that he literally wouldn’t shoot, he would never shoot even if he was left wide open. He did hit one in preseason and the world went nut, so this time, in the regular season people went even more nuts.

The Philadelphia 76ers star point guard is now 1-for-18 in his career from 3-point range. That’s good for 5.5 percent. So yeah, he’s got some work to do, but this is a start.

If he can actually continue to do this, things might be extra special in Philadelphia, but the reality is, this was a one time thing against the sad New York Knicks.