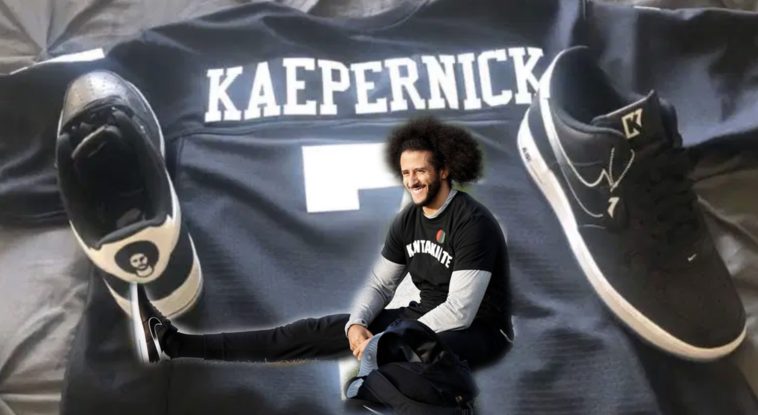 Every time we think there is nothing new about Colin Kaepernick, we seem to get news out of no where. The NFL workout came out of nowhere, and now the release of his Nike Signature shoes. He was seen at his workout wearing these, and now it’s time to make some money.

As part of its endorsement deal with the free-agent quarterback, Nike will release a Kaepernick shoe in early December, Charles Robinson of Yahoo Sports reports. It’s unknown how many shoes Nike plans to roll out, but sources told Robinson the brand increased its production figures during development due to strong projected demand.

Kaepernick appeared to be wearing a pair of the shoes while stretching at his workout in Georgia on Saturday. His former teammate, Carolina Panthers safety Eric Reid, also shared a photo of the shoes on Instagram.

The signature shoe follows the release of Nike’s limited-edition Kaepernick “Icon” jersey, which sold out online within a few hours of its release earlier this year.