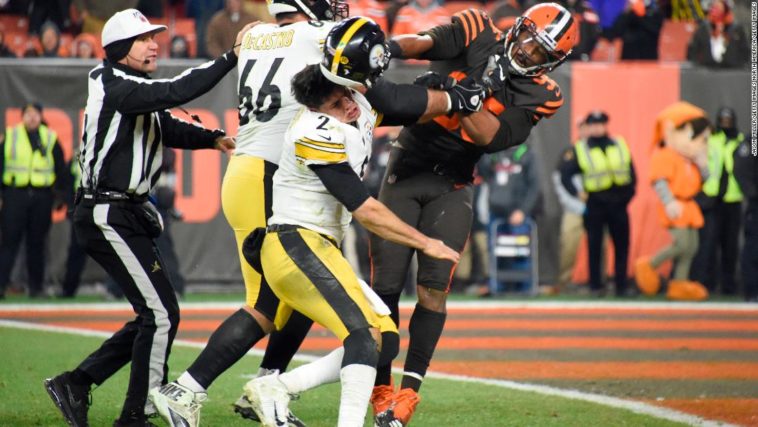 We will never forget the day that Mason Rudolph and Myles Garrett started one of the most controversial moments in recent NFL history. BANG, Myles Garrett took off Rudolph’s helmet and smacked him upside the head with it. Garrett has been suspended for the remainder of the season. Well, now there is new words on the situation, Garrett claims that Mason Rudolph used a racial slur against him prior to the rest of the brawl.

ESPN reported Garrett made the accusation during his appeal hearing on Wednesday. Appeals officer James Thrash “remained stoic and took copious notes” while listening to Garrett, according to ESPN.

Rudolph denied saying anything to Garrett to provoke him when he read a prepared statement to reporters on Wednesday.

Browns defensive tackle Larry Ogunjobi was suspended one game and Steelers center Maurkice Pouncey was suspended three games for the incident. NFL officials also heard appeals for those two players. Ogunjobi’s suspension was upheld, but his fine was rescinded.