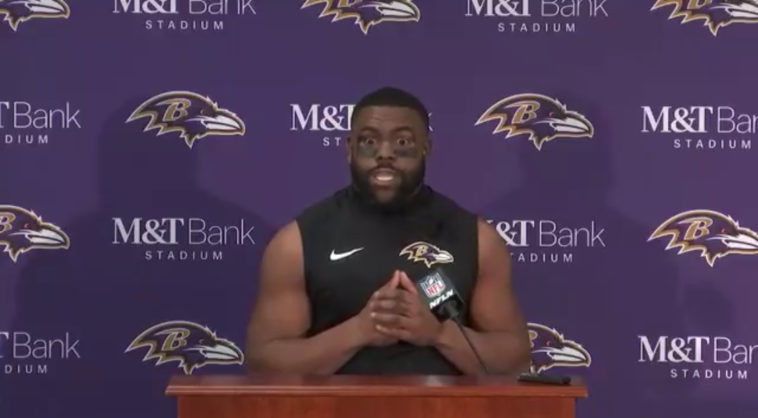 Lamar Jackson and The Balitmore Ravens just destroyed another opponent. This time it was The Houston Texans 41-7 as Lamar Jackson continued his dominance with a 4 touchdown peformance with 86 rushing yards and over 200 yards passing. Including this highlight reel run:

After the game Ravens RB Mark Ingram decided to take the podium and declare he would beat up anyone who doesn’t vote Lamar Jackson MVP:

You better vote Lamar Jackson MVP or Mark Ingram will beat you up ?

My vote still goes to Russell Wilson but Lamar is creeping into MVP territory and it’s between him and Russ. Hopefully I don’t get beat up by Mark Ingram or anything but man Lamar has been an absolute beast this year and The Ravens are legit Super Bowl contenders.