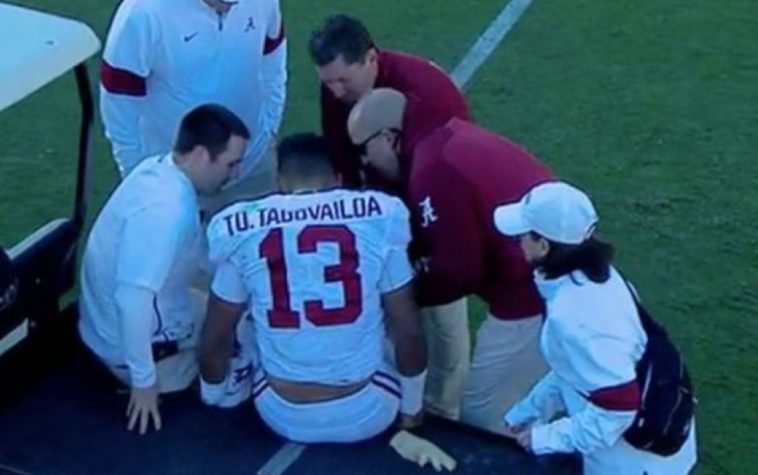 Alabama’s QB Tua Tagovailoa hurt his hip late in the 1st half during Alabama’s game against Mississippi State. And the early prognosis looks bad.

"He was screaming in pain as medical training staff had to pick him up and carry him off the cart." @MollyAMcGrath said the first report is that Tua Tagovailoa suffered an injury to his right hip vs. Mississippi State. pic.twitter.com/ppMJykMq9N

This isn’t fun for Tua…. pic.twitter.com/mqUcszoGyM

You hate to see it. One of the best players in college football and a guy who might be the first overall pick in the NFL draft looks like he suffered a pretty serious injury. You hate to speculate but this seems like it could be a long injury and comeback. Not to mention the playoff implications. But in the mean time, prayers to Tua.