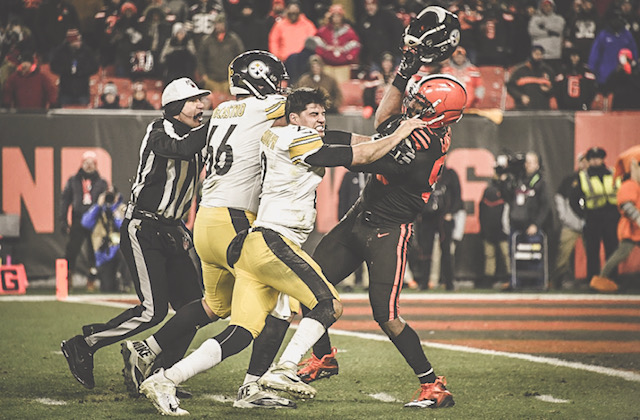 If you live under a rock yesterday we had Myles Garrett and Mason Rudolph get involved in what was one of the worst altercations in NFL history:

Absolute chaos in The Browns vs Steelers game! Myles Garett about to be in a whole lot of trouble #BrownsVsSteelers

Well now we have the suspensions coming out and of course Myles Garrett gets a harsh penalty:

Browns’ DE Myles Garrett suspended indefinitely, with a minimum of at least this regular season and playoffs.

Tale of the tape:

There you have it. This all makes perfect sense. Myles Garrett should be suspended for the rest of this season and playoffs at the minimum. And you have to begin to wonder if he will face legal ramifciations as well. I would not be surprised if Garrett is also suspended for half or all of next season as well but we will have to keep our eyes out on what kind of punishment The NFL will put down.