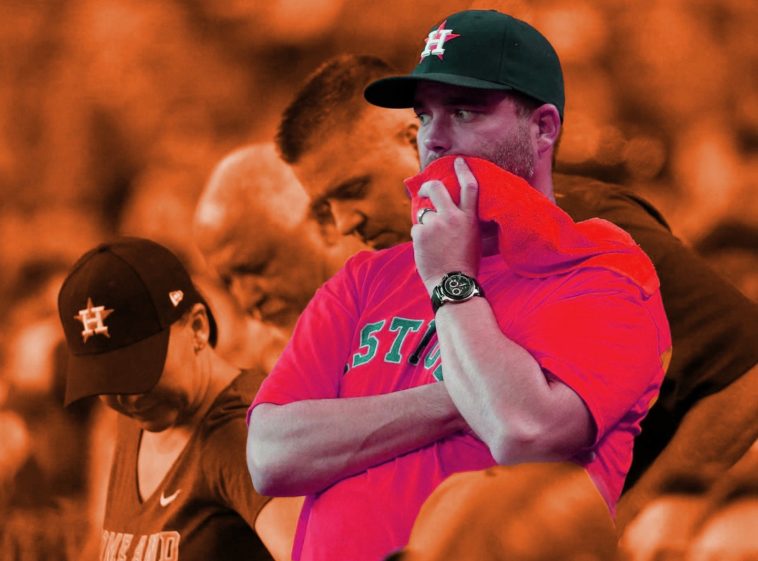 We have a baseball story that is rocking the baseball world. The Houston Astros have been stealing signs and cheating. First here’s the story and then we have some evidence that is laugh out loud funny.

Sources – including Mike Fiers – confirm that the Astros were stealing signs in 2017 using an outfield camera, a monitor in the tunnel and banging on a trash can to convey pitches.@Ken_Rosenthal & @EvanDrellich on an issue that permeates the league: https://t.co/1uDvm4hNBK pic.twitter.com/BCSmlOzejt

Source – Major League Baseball rules do not allow teams to use electronic technology to steal signs from the catcher and then relay what pitch is coming to the hitter. But there is an ongoing issue in the league with teams stealing signs electronically, according to a report from The Athletic on Tuesday.

While this issue stretches beyond any one team, the Astros are the club most implicated in the report. Many examples in the story come from 2017, when they won the World Series. Former Astros pitcher Mike Fiers spoke on the record about Houston’s sign-stealing system at Minute Maid Park, which included a TV monitor with a feed from a center field camera near the dugout steps. Astros players would try to decode their opponents’ signs and then alert hitters if an off-speed pitch was coming by banging on a dugout trash can, per the report.

Here’s a great video breakdown of the whole process The Astros used:

The #Astros won the World Series in 2017. Look at these postseason splits for the following six players!

Seriously, this is story is way worse than I initially thought. The MLB better bring down the gauntlet. I am not sure if you put an asterik next to the team’s World Series title or do you take the title away? But you do remeber New England Patriots spy gate right? Well this is similar but the difference here is this happened with video evidence during the game and instead of getting a slight advantage in preperation this game The Astros a advantage during games. So it’s your call MLB. Will you sweep this under the rug? Or will you drop down the hammer on The Houston Astros?