Cristiano Ronaldo is heading to Portgual to be his with his international squad after a week at Series A and The Champions League where he was left what seemed to be upset with Juventus manager Sarri. And reportedly after being subbed off against Milan he didn’t even stay in the stadium to finish the game and celebrate the win with his teammates:

Ronaldo wasn’t happy about being subbed off against Milan ? #CR7 pic.twitter.com/cqjQZ8jvrI

He was seen telling the manager “go away” before heading straight down the tunnell and reportedly leaving the stadium after being subbed off in the 55th minute his earliest since coming to Juventus.The head coach defended Ronaldo’s reaction saying “It’s natural a player is going to be irriated to leave the pitch, especially when he worked so hard to be there.” However, this is the 2nd time being subbed off in a week including being subbed off early against Lokomotiv Moscow at The Champions League. 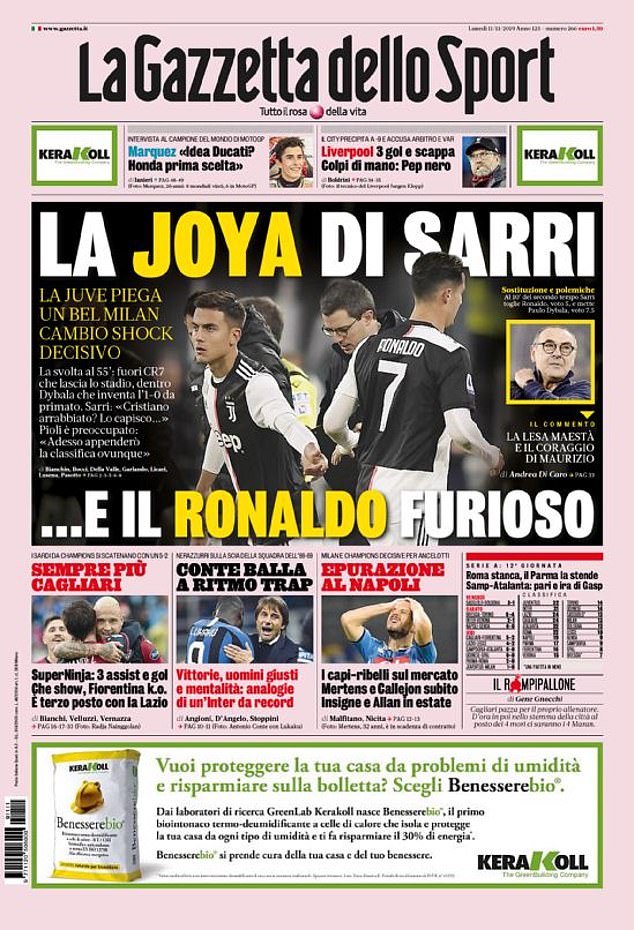 Cristiano Ronaldo will NOT be fined or punished by Juventus for his reaction to being substituted during their win over Milan on Sunday ? pic.twitter.com/XUzlcojzAq

We’ll see just how upset Cristiano is and if this lingers throughout The Series A season.