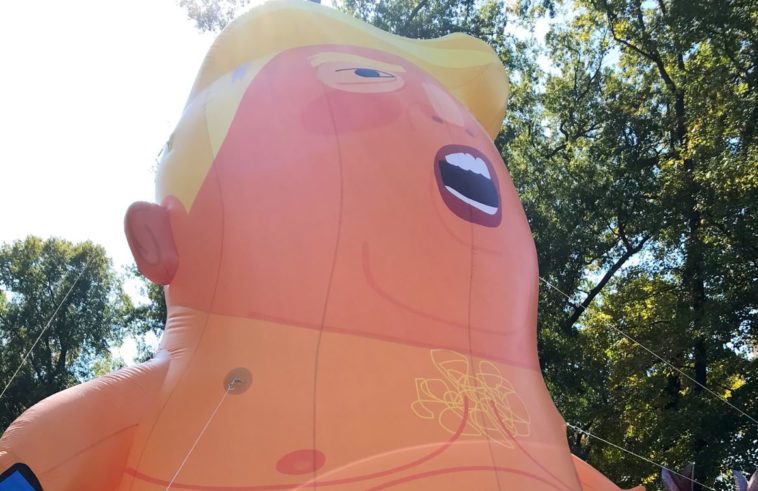 With Donald Trump attending the Alabama versus LSU game yesterday. Of course The Anti-Trump crowd was out and in full affect so they brought their inflatible baby trump balloon,

So the inflatable ended up being stabbed by an Alabama fan, and that fan ended up getting arrested.

Just watched a guy get arrested for stabbing this balloon lmao pic.twitter.com/m4D5n4YOUy

Unfortuantely for all of us we don’t have video evidence of the fan yeling “Roll Tide” as he was getting arrested. It must have been a long day for this Alabama fan. Got arrested, and then The Crimson Tide lost to LSU.