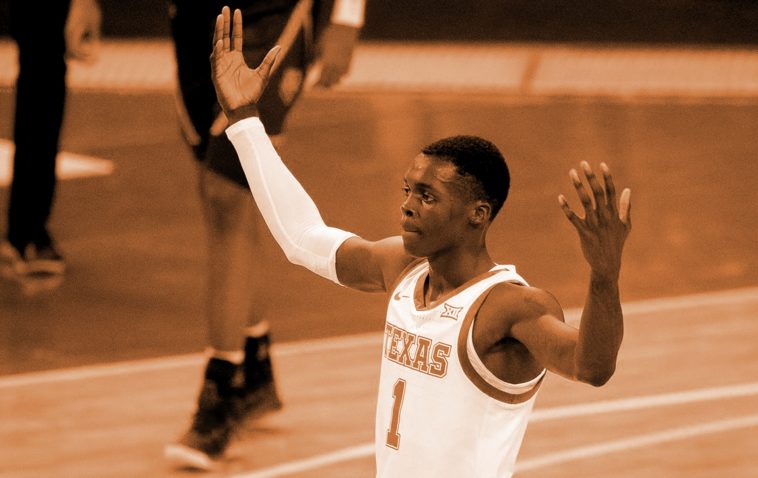 This isn’t your typical sports heroic story. We get a lot of different awesome comeback stories from athletes after injuries, family emergencies, and more. Those stories are amazing of course, but it’s hard to top anything like this. Andrew Jones made his return to College Basketball, and it was special.

Jones, absent for nearly two years while receiving treatment for leukemia, rejoined the Texas rotation and scored a career-best 20 points in 29 minutes as the Longhorns defeated Northern Colorado 69-45 in the opener for both teams.

”I didn’t know what to expect,” Jones, a redshirt sophomore guard, said. ”It was a great feeling to be back out there. I didn’t have any jitters. I wasn’t nervous.”

Jones scored his previous career-best 19 in a win at VCU on Dec. 5, 2017 and was leading the team with 15.3 points per game while hitting 43.2 percent on 3-pointers before missing four games with a wrist injury. He was diagnosed with leukemia a month later and missed the rest of the season. Jones was still undergoing treatment last season when he made brief appearances in two games.

? Andrew Jones on posting 20 points in his first game back with significant time. pic.twitter.com/y6NOj656jE

”I’m happy for Andrew,” coach Shaka Smart said. ”I’m happy for his family. Sometimes in life, when you are dealt a tough hand, it’s really about how you respond. He was the best offensive player on the floor. He played with great energy. He played with an aggressive, confident and loose mindset.”