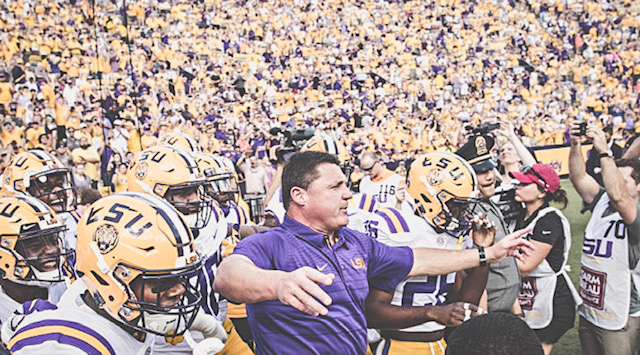 Well, the biggest college football game of the year is finally upon us this Saturday. The showdown between #1 Alabama versus #2 LSU. Last week LSU Tiger’s WR Justin Jefferson gave Alabama some bulletin board material saying that LSU would “dominate” Alababa. And now let’s add coach O on the list of people boking the beast:

"There'll be bigger games down the road for us."
… Coach O on Alabama game

I get what Ed Oregron is saying here but man, you do not need to give any material to Nick Saban or Alabama. It makes no sense. So yeah this is the biggest game of the season. Sure, there is a road map to getting into the College Football Playoffs if you lose but it’s time to stop giving Alabama material.. he should stick to what he’s already doing that he is not going to say the word “Alabama”: