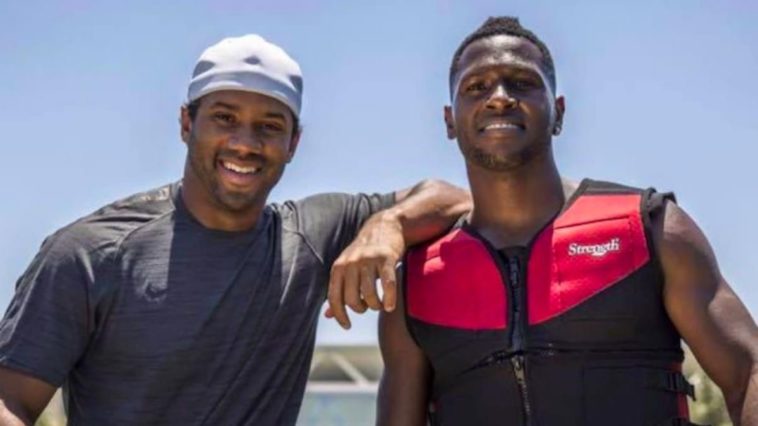 It’s been a week filled with the Seattle Seahawks and news about wide receivers. Seahawks made a big move by getting Russell Wilson another weapon off the waivers this week. Josh Gordon is coming to Seattle and will be ready to play on Monday Night Football against the San Fransisco 49ers. Now, this morning there is more news coming from Seattle.

Would you have been on board with this? ?

On ESPN, Adam Schefter said the Seahawks did their due diligence on Antonio Brown before claiming Josh Gordon Friday — QB Russell Wilson even pushed for Brown. Schefter also mentioned there are three teams interested in signing him.

Schefter was also told by agent Drew Rosenhaus that there are “a few teams that are very interested in signing Antonio once this process is over.” The 31-year-old has been such a huge problem off the field for three teams in 2019 which has seen him being traded from the Steelers and released by the Raiders and Patriots. Wilson believes in giving people second chances.