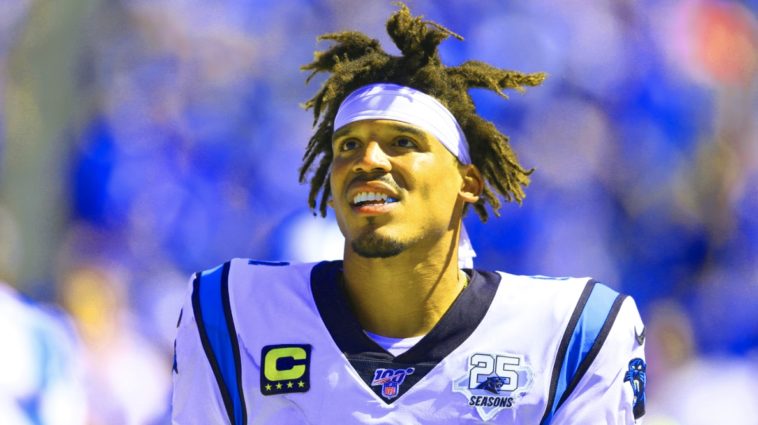 Well this isn’t the news Panthers fans wanted to hear… Cam Newton’s foot isn’t healing. Now, I know what you’re thinking… Maybe they don’t want him back. Well, if he were healthy they could have at least found a trade piece for him, but thats not happening because of his foot.

Hasn’t played since mid-September & his sprained foot is not getting better. He hasn’t done more than rehab to the side. The visit to Dr. Anderson in Green Bay is to learn why his condition isn’t improving, source said. Playing football is a long way off. pic.twitter.com/f82lkWvVDr

Source (Yahoo Sports) – Carolina Panthers fans who were hoping to see the return of Cam Newton will be waiting a bit longer, it seems. Which is less-than-great news on a couple of different levels. On Friday morning, ESPN’s Josina Anderson reported that Newton was headed to Green Bay to visit renowned foot and ankle expert Dr. Robert Anderson. NFL Network reported that Newton’s sprained foot isn’t getting better despite several weeks of limited activity and not playing. The trip to Anderson is to try to get a better sense as to why there hasn’t been improvement. He hasn’t been able to progress beyond rehab work by himself during practice.

In September, New York Giants running back Saquon Barkley saw Anderson to get a second opinion on his high-ankle sprain.Newton initially injured his foot during the preseason, and Panthers general manager Marty Hurney expressed optimism, terming it a mid-foot sprain. Newton played in Week 1 but by Week 2 it was clear he wasn’t himself, and he hasn’t played since.

Update (11:30 a.m. ET): The Panthers confirmed Newton’s appointment with Anderson. In a post on the team website Hurney said, “I spent a long time speaking with Cam this week and he’s done everything he possibly can in his rehab process to get his foot to 100 percent. Unfortunately, we haven’t reached that point. The next step is for him to go see Dr. Anderson and gather more information.”