Another tragi turn in the life of former number 1 overall Major League Baseball pick Josh Hamilton. Another bad turn in what has been defintely a turmoil life off the baseball field. And this story is absoultey disgusting.

Source: Former Texas Rangers outfielder Josh Hamilton was arrested Wednesday on a felony charge of injury to a child. Court records show that Hamilton, a Keller resident, was booked and released in Tarrant County about 3:15 p.m. No details about the case were immediately available. Family-court records show that Hamilton’s ex-wife, Katie Hamilton, had sought a protective order earlier this month on behalf of one of the couple’s children. 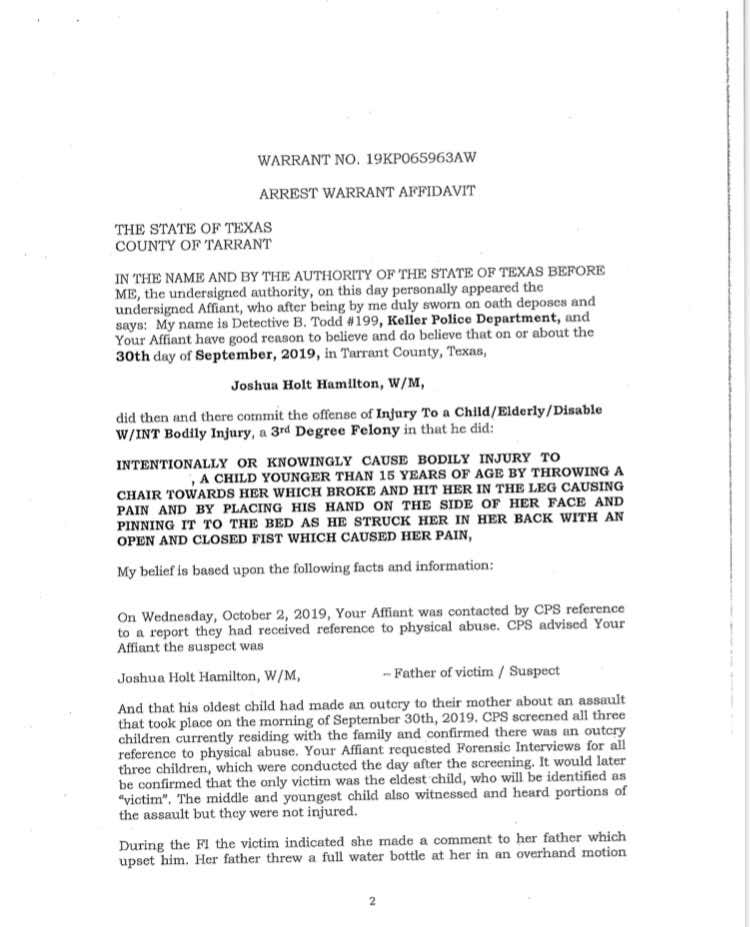 “The girl told authorities that Hamilton became upset about something she said and threw a full water bottle, hitting her in the chest, while cursing and yelling at her. He then pulled a chair out from under her feet and tossed it at her before yanking her to the ground, the affidavit says.

Hamilton then picked up the girl, threw her over his shoulder and carried her to her bedroom as she yelled that she was sorry, the document says. She said that he threw her onto her bed, used one hand to pin down her head and then started hitting her legs with his other hand.

He later picked her up by her sweatshirt, causing it to rip, she said, and hit her on her back.

According to the affidavit, after he stopped hitting the girl, he said: “I hope you go in front of the [expletive] Judge and tell him what a terrible dad I am so I don’t have to see you anymore.”

This is just disgusting. I mean I am sure I speak for a mass majority here when I say screw Josh Hamilton. The guy is a total piece of shit. And he always has been. My only interaction with Josh Hamilton in my personal life was my friend at Safeco Field trying to heckle him and then having Josh flip him off and ask the security to kick out my friend from the game. And my friend got kicked out. So screw Josh Hamilton.