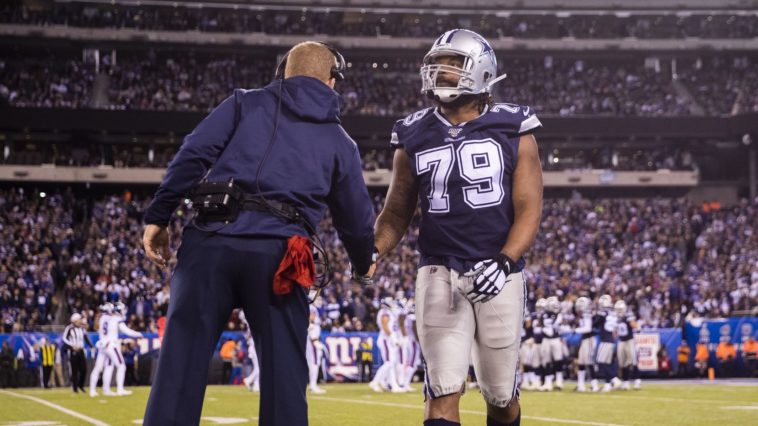 As we already knew, the New England Patriots don’t mess around. A player is a distraction, then they get shipped, and thats what happened to Michael Bennett. Just over a week ago, the star DE got in a disagreement with a coach over “his role,” which of course, isn’t something you do in New England. The Patriots suspended him, and now just 9 days later, Michael Bennett has been shipped to the Dallas Cowboys. His third team since leaving the Seattle Seahawks.

Michael Bennett has been suspended a game for conduct detrimental, per source. He let the coaching staff know he was not pleased with his role.

Source (PFT) – When the Patriots suspended defensive end Michael Bennett over a dispute with an assistant coach, it seemed like only a matter of time before they’d get rid of him. It was.

The Patriots traded Bennett to the Cowboys today. According to ESPN, The Patriots will get either a 2021 sixth-round pick or a 2021 seventh-round pick, depending on whether Bennett meets certain conditions.

Don’t forget Bennett had a disagreement in the lockeroom recently…. ? pic.twitter.com/YKHkSrhR9d

In other words, the Patriots basically gave Bennett away. It’s likely that they wanted to get rid of him but didn’t want to cut him because that could have allowed him to sign with another AFC playoff contender. Trading him to the NFC may have been a higher priority than maximizing the return they could get in a trade.