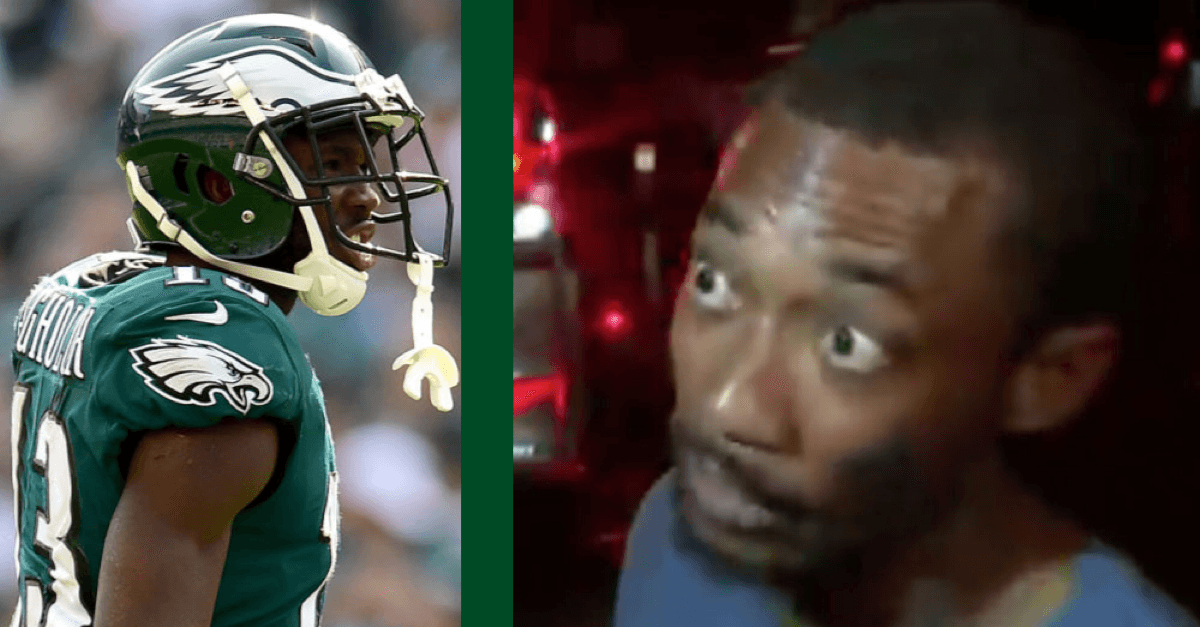 This would literally only happen in Philly…. Just kidding of course, any East Coast passionate fan base would do this, aka, Chicago, Philly, New York, Boston, you get my point. This is too good.

Source (NBC Sports) – Though he had eight catches for 50 yards and two touchdowns in the Eagles’ 27-24 loss to the Lions on Sunday, Nelson Agholor made a costly mistake for the second week in a row, losing a fumble for the first time in four years. He dropped a potential game-winning touchdown pass the Sunday before against the Falcons.

Early Monday morning, Hakim Laws was among a group of Good Samaritans who helped rescue children from a fire along North 52nd Street near Girard Avenue, according to NBC10.His description of what happened is poetic, as you can see in the video above from NBC10.

“My man just starts throwing babies out the window. We was catching them, unlike Agholor.”

According to NBC10, at least six children were treated for smoke inhalation at Children’s Hospital of Philadelphia.