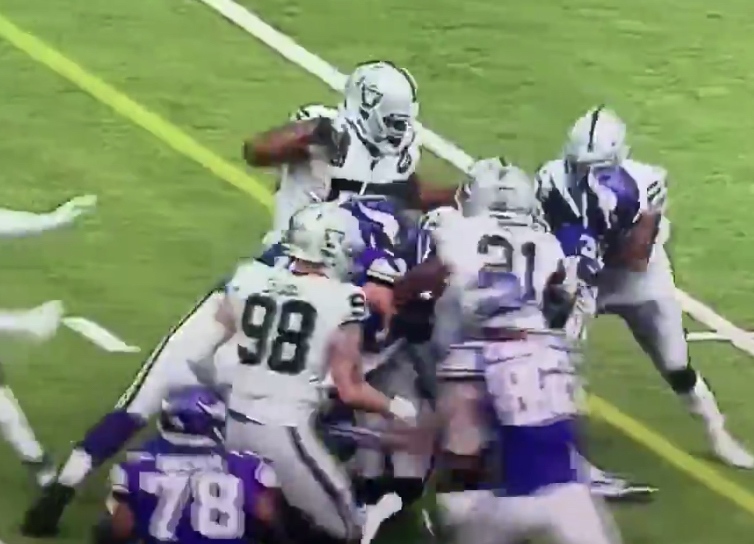 As Minnesota Vikings RB Dalvin Cook ran the ball towards the Raiders defense — Vontaze Burfict was viewed seeming throwing several punches at him before he went down to the ground. You be the judge. Let’s be honest though – not that shocking coming from Burfict: