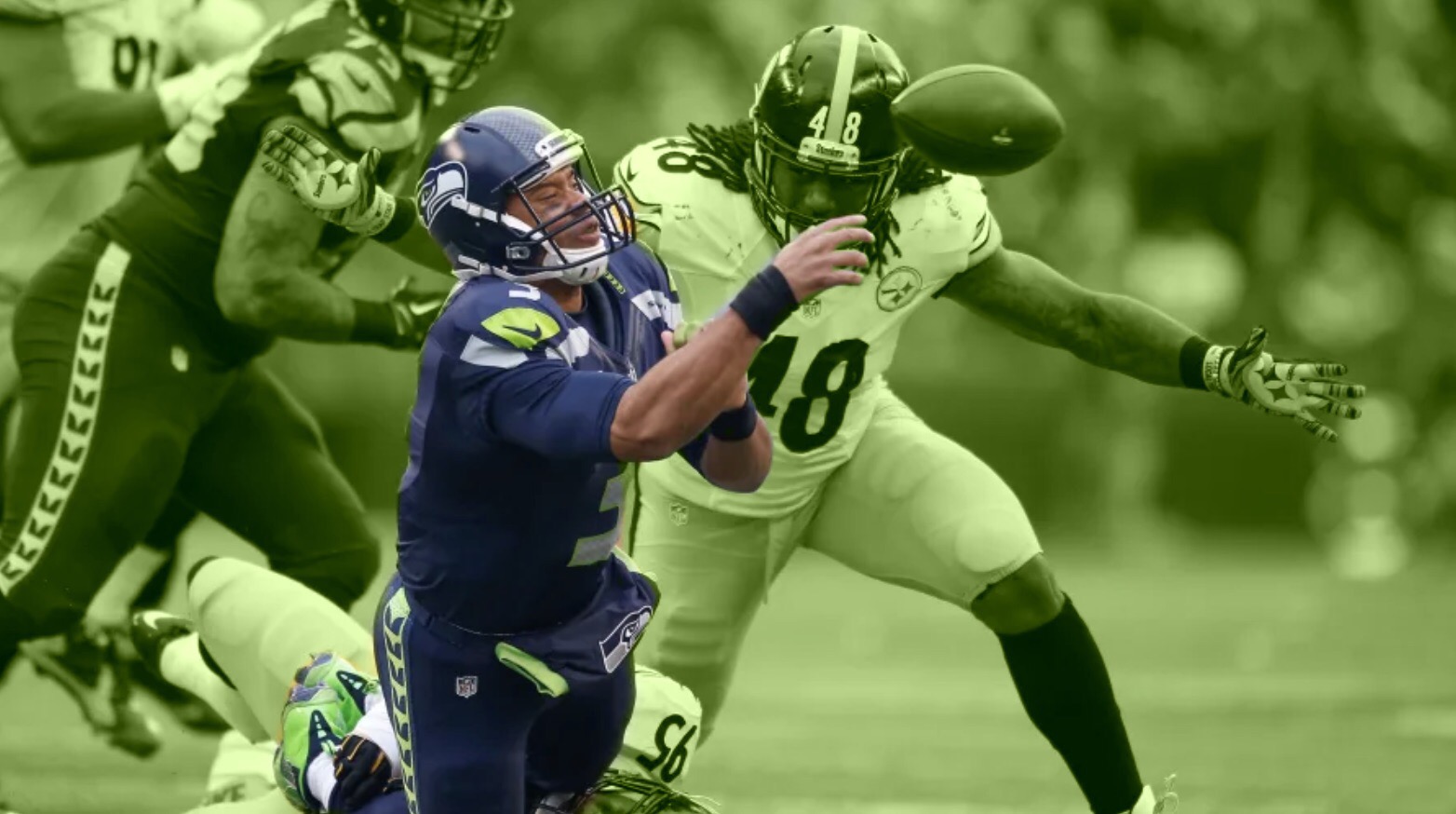 Russell Wilson has had a great start to the 2019 season and the Seattle Seahawks are 2-0. In addition to quarterbacking, he also hosts the DangerTalk podcast. This week’s guests were tight end Will Dissly and rookie wide receiver DK Metcalf, the recipients of Wilson’s three touchdown passes against the Steelers last Sunday. What’s it like to catch a touchdown? Who cares? Wilson had a story about on-field diarrhea.

Oh my god, Russ talking about the incredible 2015 game at home vs PIT – "I was dog sick. I was throwing up and I was literally, uh how would I say this, crappin' down my leg. Uh it wasn't a good sight. Literally I was sick as a dog. One of my favorite games" ?? pic.twitter.com/xtZoKYO20V

SOURCE (BIG LEAD) – According to Wilson, he was very sick during the one of the best games of his career. On November 29, 2015, during the Seahawks’ Week 12 game against the Pittsburgh Steelers, Wilson completed 21 of 30 passes and threw for a career-high five touchdowns. Also, he was crapping down his leg. And you thought that was a memorable performance before.

It’s also funny that Wilson referred to himself as “dog sick.” Here’s a video he put on Twitter last year: