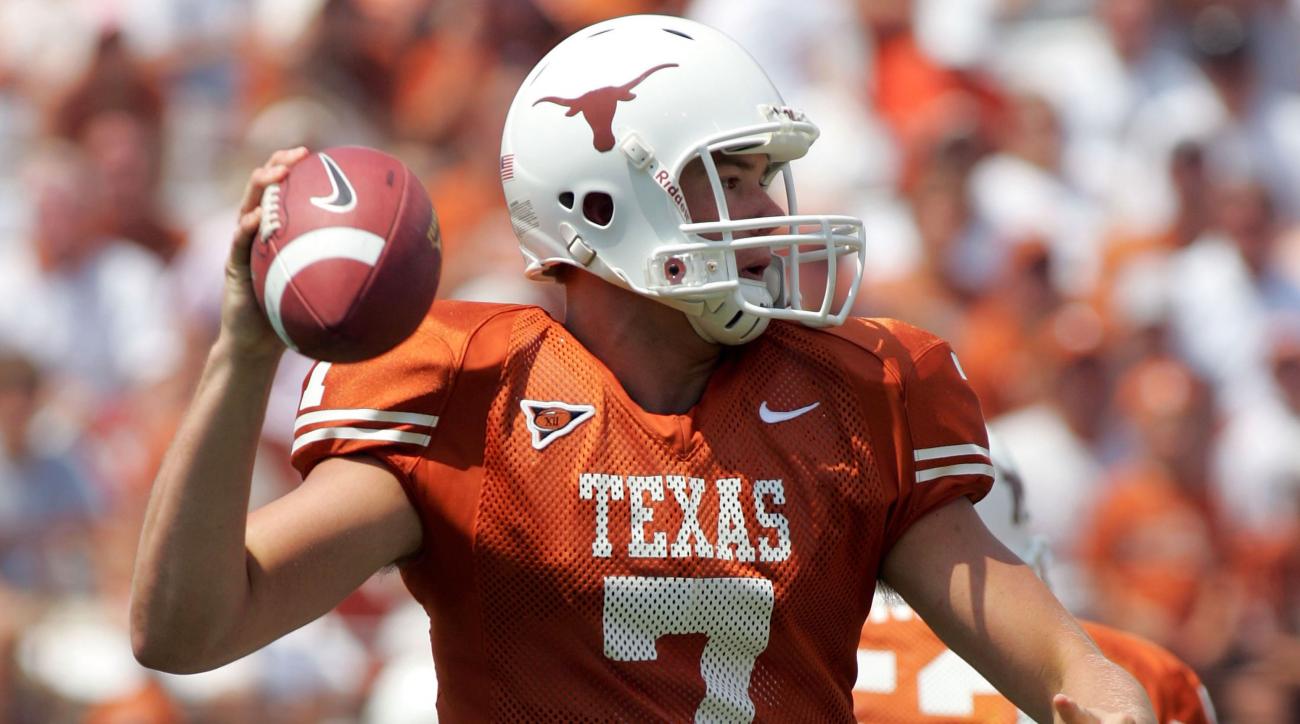 Really sad news about the former Ole Miss and Texas QB.  Former Texas and Ole Miss quarterback Jevan Snead has died at the age of 32, the Austin American-Statesman and KVUE reported on Sunday.

Source (SI) – According to the outlets, Snead was found dead overnight on Saturday in Austin. Austin police are investigating the death but do not suspect foul play. One of the top recruits coming out of Stephenville High School in 2006, Snead competed with Colt McCoy for the starting job after Vince Young’s departure from Texas. Snead ended up playing in eight games in 2006, completing 26-of-49 passes for 371 yards, two touchdowns and two interceptions.

Snead transferred to to Ole Miss and won the starting job in 2008 after redshirting the 2007 season. He started for two seasons, throwing 2,762 yards and 26 touchdowns in 2008 and 2,632 yards and 20 touchdowns in 2009. Snead skipped his senior season at Ole Miss to enter the NFL draft in 2010. He went undrafted and was later cut after sigining with the Buccaneers.