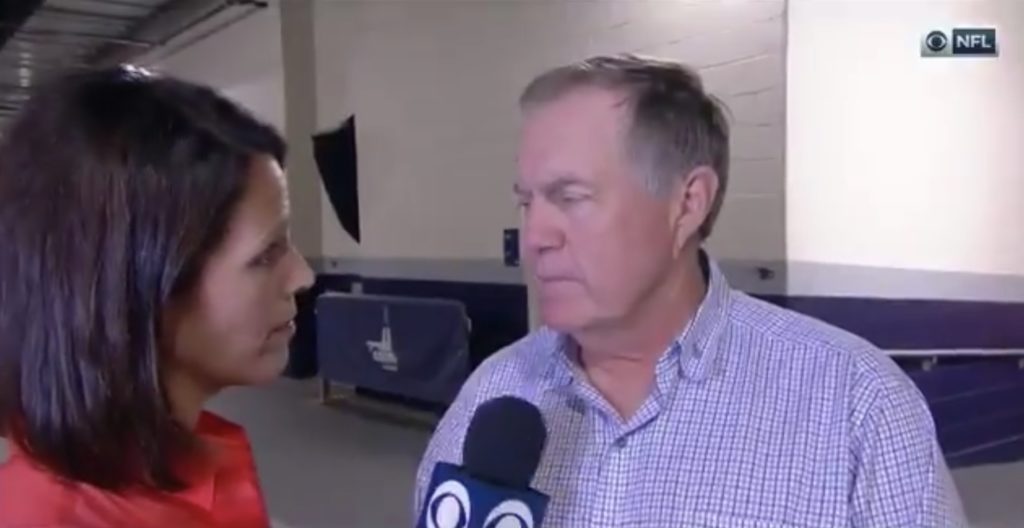 If we’ve learned one thing about the New England Patriots and Bill Belichick, it’s not to ask Bill dumb questions. Asking Bill about Antonio Brown the day after he gets cut… thats a dumb question. Bill cares about nothing more than the game. Prior to the Patriots game against the Jets on Sunday, the head coach was asked by a reporter about Antonio Brown and what exactly led to his release. Belichick gave her the death stare:

Bill Belichick gave her the death stare for asking about AB ? pic.twitter.com/fR41BVys0t

Earlier this week, hours before Brown got released by the Patriots, Belichick was getting questions about him and he didn’t want to answer those either. So, naturally, he walked out of the presser:

Belichick walks off, not willing to delve more into the Antonio Brown story than he did in his opening remarks #Patriots pic.twitter.com/ZM2eOVi1hT