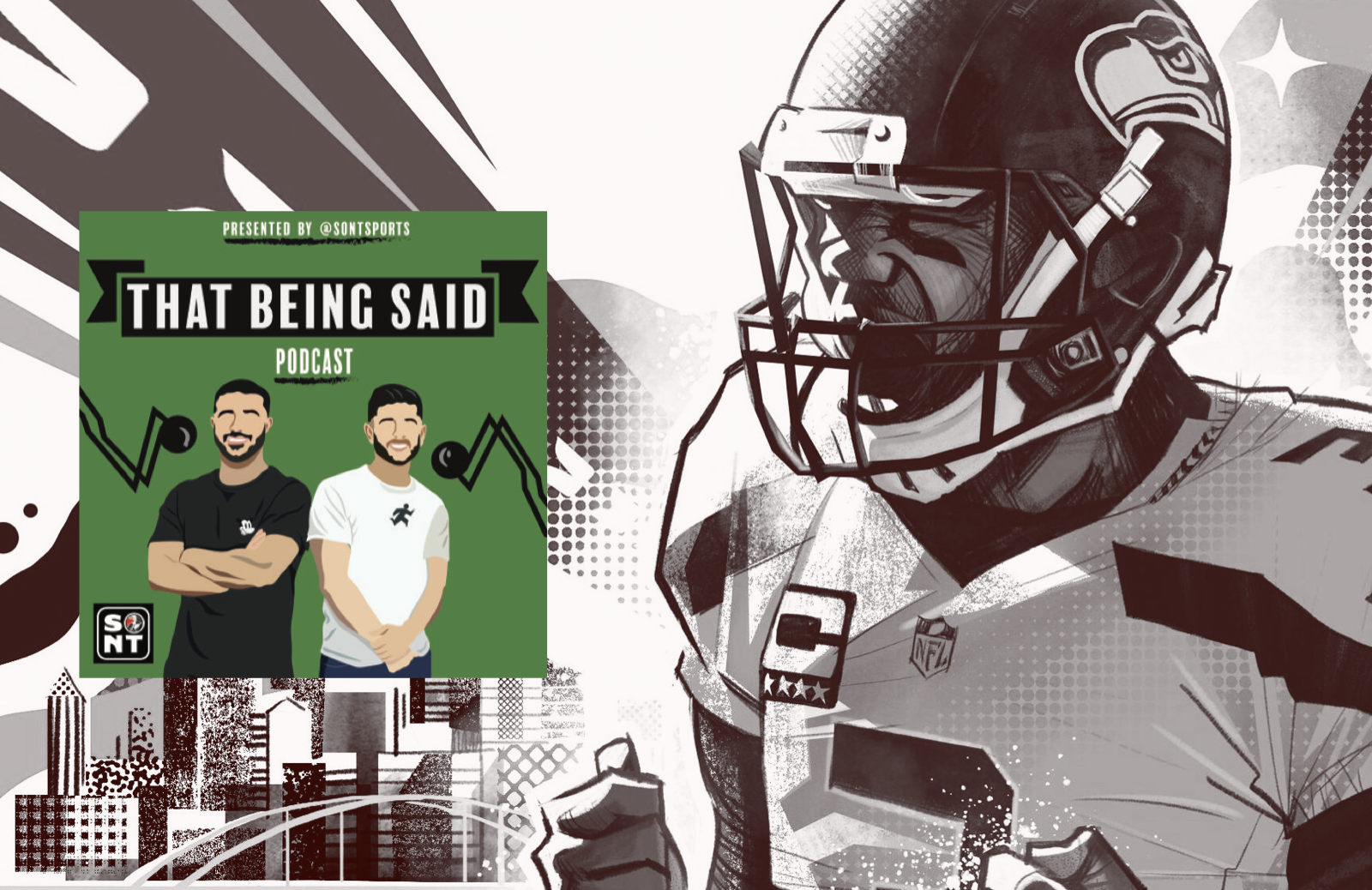 Today George & Sami discussed the Seahawks win on the road in Pittsburgh and getting to play backup QBs for two weeks in a row… A win is a win. Also, talk the Pac-12 and what could happen for the UW Huskies… You can download @SONTSports ‘That Being Said’ w/ George & Sami Jarjour Podcast on iTunes, Stitcher, Spotify, and YouTube. You can find us on all social media here: Twitter – Facebook – Instagram – YouTube.

Source (ESPN) – The faces around Russell Wilson have changed as the Seattle Seahawks rebuild themselves on the fly. One thing, however, has not. Seattle goes as its ever imaginative quarterback goes.

And in the second half in a place where the franchise hadn’t scored let alone won in two decades, Wilson’s resilience propelled the Seahawks to their best start in six years.

Wilson threw for 300 yards and three touchdowns to give the Seahawks the lead, then used his legs and smarts to protect it in a 28-26 victory that pushed Seattle to 2-0 for the first time since 2013, the year Wilson guided the franchise to its only Super Bowl victory.

Sure, it’s early. Yet the Seahawks proved both opportunistic and aggressive, hallmarks of their dominant run behind Wilson and the “Legion of Doom” defense earlier in the decade.

“Really fired up about this start,” Seattle coach Pete Carroll said after picking up his 100th victory with the Seahawks, including playoffs. “We have so much improvement. We have so many areas and ways we can get better.”

Having Wilson certainly helps. His perfect 28-yard rainbow to rookie DK Metcalf midway through the fourth quarter put the Seahawks in front by nine, and three expertly timed scrambles on Seattle’s final drive helped drain the final 5:34 off the clock.

“We were battle tested today and we found a way to win a great game,” said Wilson, who completed 29 of 35 passes while becoming the fifth-fastest player in NFL history to reach 200 career touchdown tosses.