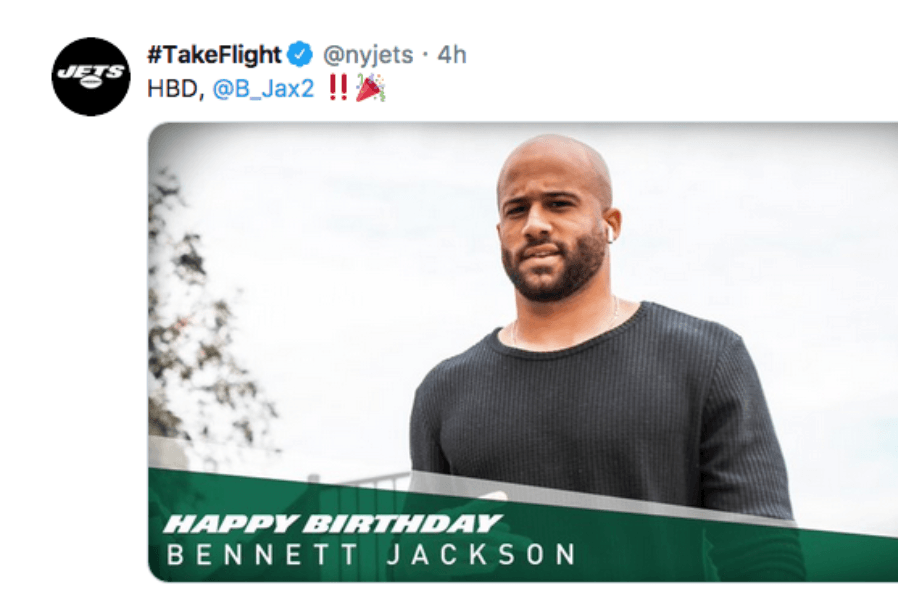 Alright, let’s add wishing someone a Happy Birthday another thing The New York Jets aren’t very good at it. Today it was safety Bennet Jackson’s birthday. So The Jets twitter team went on twitter and wished him a happy 28th birthday! 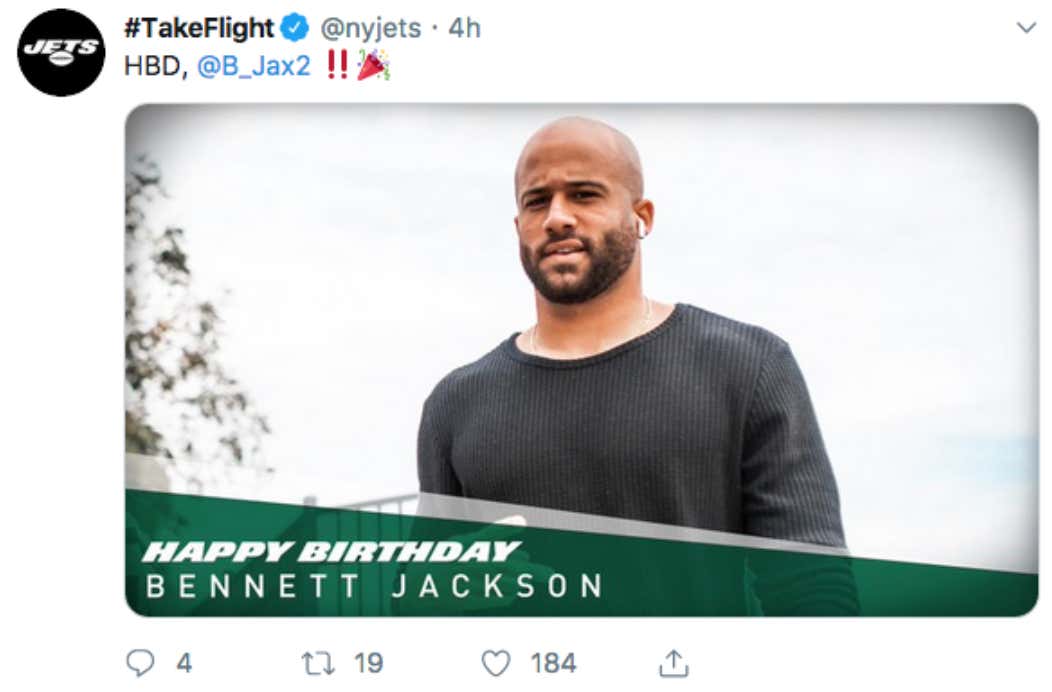 Then just 4 hours later The Jets delivered their gift to Jackson which was releasing him from the team: 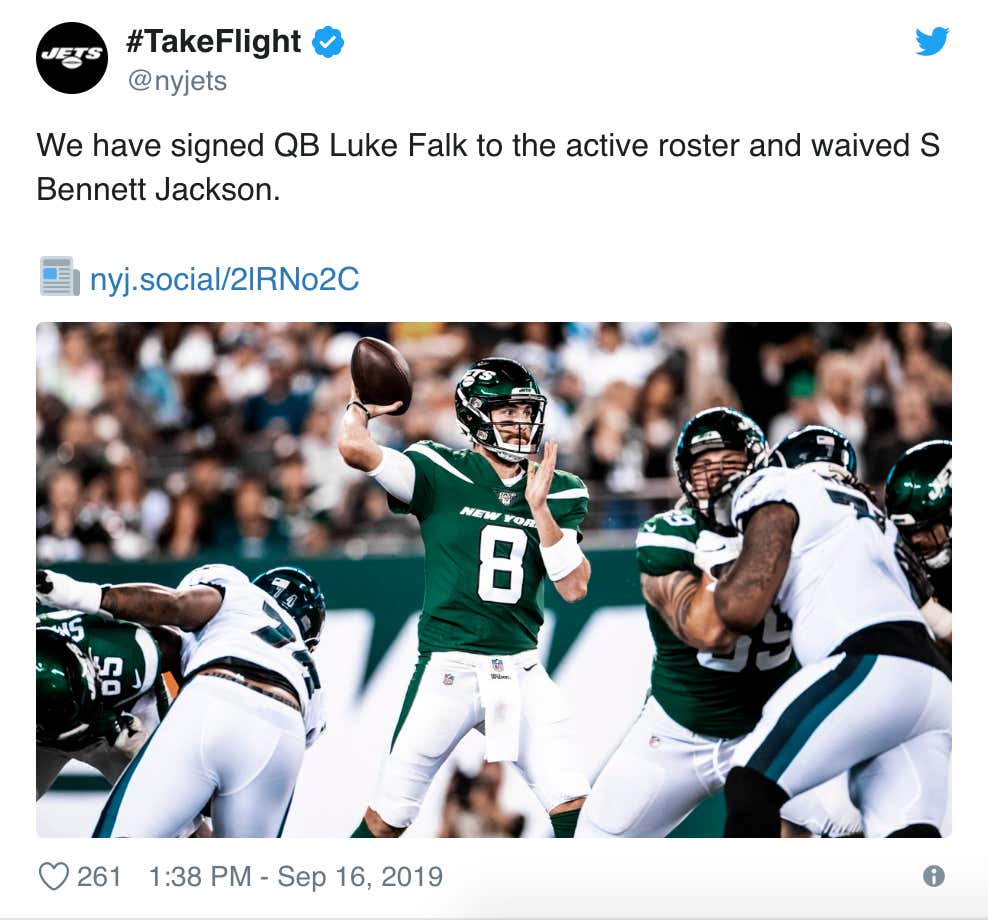 They even deleted the tweet. They could have left it up, technically it really is his birthday whether he is employed or not. To be quite fair.. this might actually be the best birthday gift ever not the worst. The Jets have just lost their QB Sam Darnold to Mono. The team is starting Trevor Siemian at Quarterback, and the Patriots and Bills are both 2-0 on top of their division. They actually let Bennett off the hook from this horrible team. So Happy Birthday to Bennett Jackson; and now let’s watch New England sign him and turn him into an All-Pro.