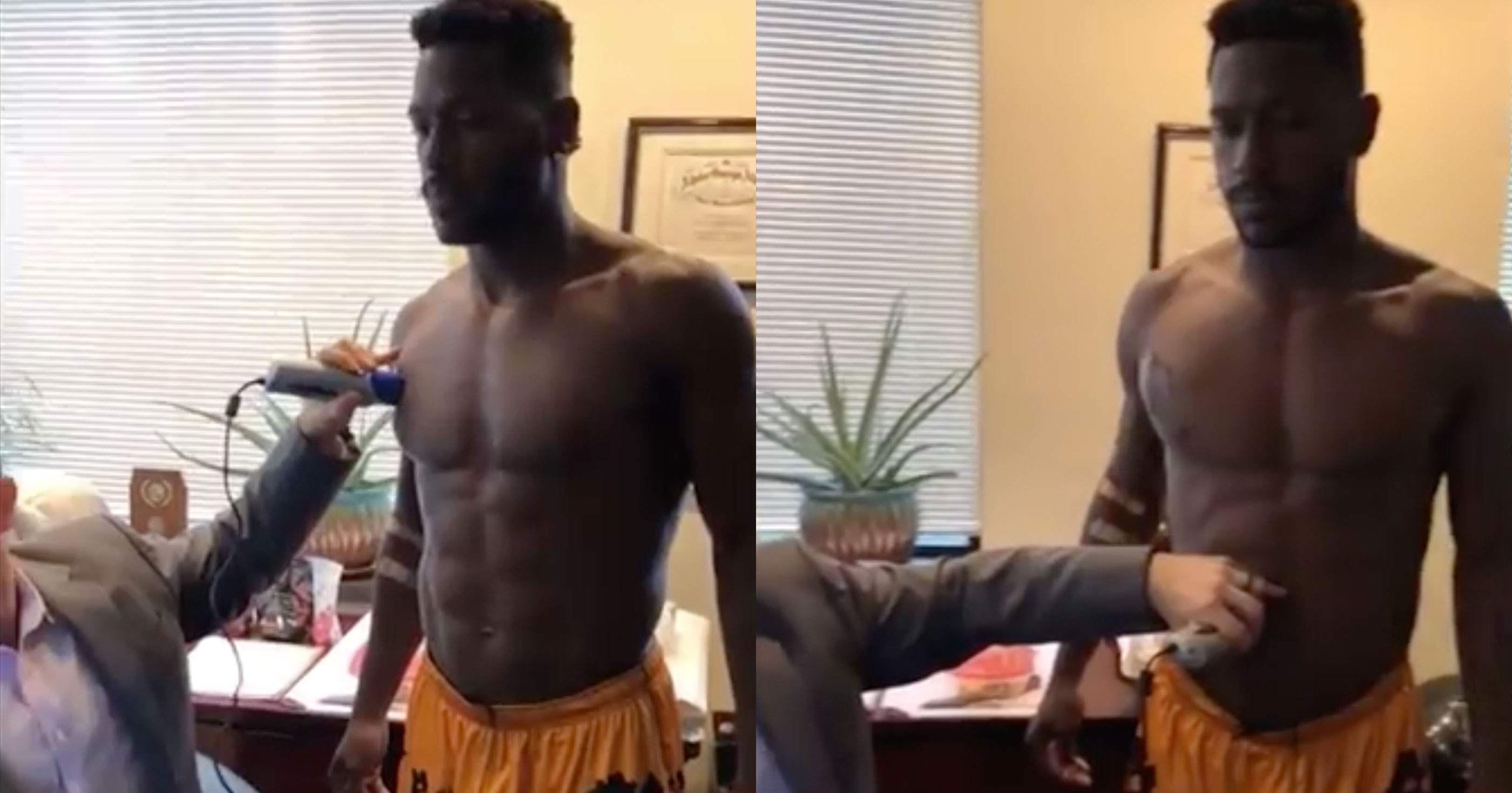 This guy just won’t stay out of the news… Antonio Brown is forever in my news cycle and there’s nothing I can do about it… I promise everyday, not as much AB news on this day… Yet, I can’t get away, the man keeps doing things. This morning Brown was accused of sexual harassment for the second time in a week and on top of that reports of him having unpaid bills to multiple parties. One being a doctor who in this video sits there as Brown continues to fart right next to his face….

Source (Daily Snark) – Though the Antonio Brown news as of Monday should have been him making his debut with the Patriots, Sports Illustrated dropped a lengthy piece about the star WR, detailing incidents involving Brown exposing his misconduct and immaturity. The articles falls on the heels of a lawsuit filed against Brown alleging him of rape and sexual assault on 3 different occasions between 2017 and 2018.

The Sports Illustrated piece included stories from a former doctor of Brown’s, Dr. Victor Prisk, who claimed he would repeatedly arrive up to three hours late to consultations and treatments, fart in his face, and then laugh about it. The doctor also claimed Brown still owes him thousands in unpaid fees. TMZ has obtained video of one of the incident’s that Prisk described, and well, it’s exactly what he said it was.

Antonio Brown continuously farting in front of his doctor.

“It seemed just childish to me,” Dr. Prisk said to @SInow . “I’m a doctor and this man is farting in my face.” pic.twitter.com/2nnF3KZnia

“Dr. Victor Prisk said he was wary of signing the then-Pittsburgh Steeler because he had a reputation for being “flighty” and not paying his bills, but agreed to take him on as a client anyway, Sports Illustrated said Monday.

“It seemed just childish to me,” Prisk told Sports Illustrated. “I’m a doctor and this man is farting in my face.”

Prisk filed a suit against the star WR earlier this month seeking the $11,500 in unpaid fees he’s owed by Brown.