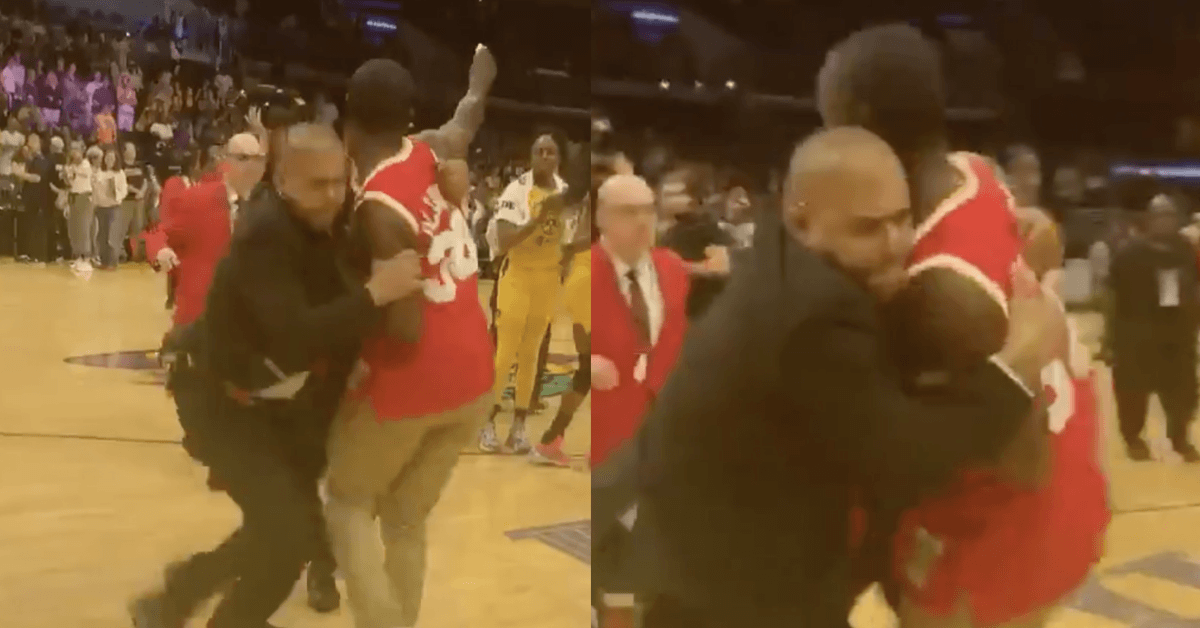 On Sunday, the Los Angeles Sparks beat Seattle 92-69 to eliminate the defending-champion Storm from the WNBA playoffs. After the game, Sparks’ Chiney & Nneka Ogwumike were celebrating when a fan decided to run out on the court with something in hand. Security quickly tackled him and surely arrested him for actions.

Fan at WNBA runs on court and gets tackled by security ?? via @shaerollae pic.twitter.com/3eiVzmn4br

Scary moment at the end of the Sparks game as a fan ran onto the court towards Chiney & Nneka Ogwumike with something in his hand. #WNBA pic.twitter.com/Qvw5c5xIye

A fan tried to rush the court when Chelsea Gray was about to do her celebratory dance. #WNBA pic.twitter.com/Umdw0fBKsY