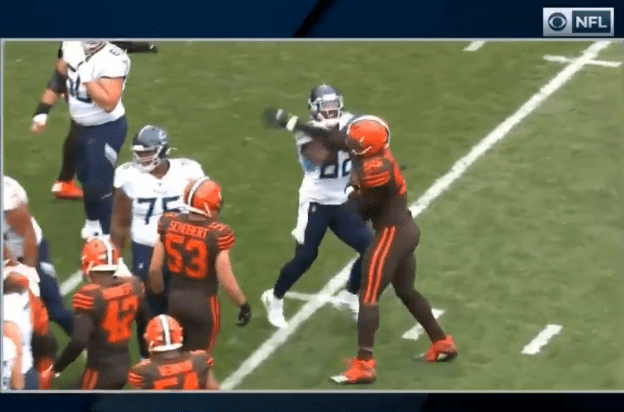 Overall, this was an awful day for the Cleveland Browns. Nothing, at all, went well. The Browns went down 43-19 against the Tennessee Titans and on top of that Baker Mayfield threw 3 INTs in 3/4 consecutive possessions. Things really didn’t go well…

The @Browns' 30-point margin of defeat is the largest for @bakermayfield as a starting QB in the NFL or college.

On top of this all, things got chippy. Defensive star Myles Garrett wasn’t happy with the Titans pushing him around, so he decided to THROW A PUNCH at the opponents helmet.

Somehow, luckily Garrett just got a penalty and did not get ejected.