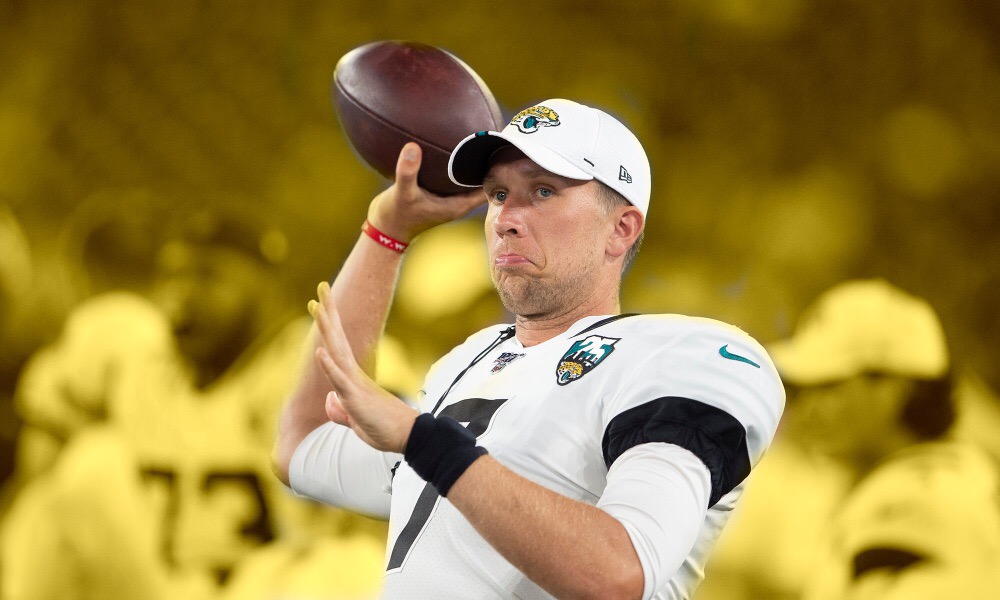 Unfortunate news out of Jacksonville as their new QB Nick Foles is now going to be out indefinitely.

Source (NFL.com) – Less than a quarter into his first season as a Jacksonville Jaguar, Nick Foles’ day was done, and his status for the rest of the season is up in the air.

Foles suffered a broken left clavicle in his Jaguars debut, coach Doug Marrone told reporters after their loss to the Kansas City Chiefs. There is no timetable for his return.

The Jaguars QB told reporters he will undergo surgery on Monday. Foles lofted his first touchdown pass as a Jaguar to D.J. Chark in the first quarter and moments later was on the sideline in pain. He then headed to the locker room favoring his non-throwing arm and appeared on the sideline in a sling.

“It was unfortunate,” Marrone said after the loss. “You’d really like to see how the game would’ve worked itself out with Nick.”