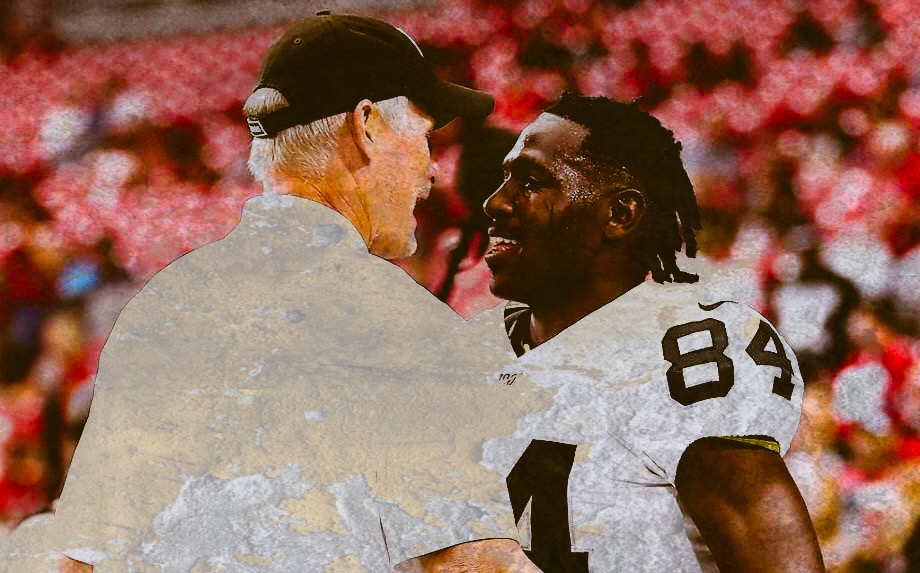 The Antonio Brown saga has taken weird turns every fifteen minutes. From posting team official documents on IG, fights his GM, apologizing, and now asking to be released, the news never stops. After the Oakland Raiders decided to take away his guarantees and pay Brown weekly, he decided there is no way he will play for the Raiders.

And that’s fine ! I have worked my whole life to prove that the system is blind to see talent like mines.Now that everyone sees it, they want me to conform to that same system that has failed me all those years. “I’m not mad at anyone. I’m just asking for the freedom to prove them all wrong.” Release me @raiders #NOMore #theyputblindersonahorseforareason #NoMoreFake

By fining Antonio Brown $215,073.53 last night for conduct detrimental to the team on Sept. 4, the Raiders voided the $29.125 million worth of guaranteed money in his deal, per league sources.

This could help explain why Brown is now asking the Raiders for his release.

In addition to fining Antonio Brown $215,073.53 for conduct detrimental to the team that voided $29.125 million worth of guaranteed money in his contract, the Raiders sent Brown a letter that he no longer will be entitled to termination pay if they release him, per sources.

I just got an email from Antonio Brown. He tells me the team “took away my guarantees.” He added there’s “no way I play after they took that and made my contract week to week.” So at this moment, once again, don’t expect AB to play on Monday Night Football.

The Raiders have, per NFL Media’s Tom Pelissero, sent multiple letters to Brown, with one informing him he has been fined more than $200,000 and the other informing him that if he is released he will not be eligible for termination pay. Those letters set AB off, obviously, and caused him to demand his release on social media.

Now, this looks like it will ultimately spell the end to Brown’s short, but absolutely bonkers tenure with the Raiders. After driving his way out of Pittsburgh, Oakland acquired his services (antics?) for 2019 third and fifth round picks. He then negotiated a new deal that was set to pay him $50.13 million over the next three years with $30.13 million guaranteed. Of course, with this latest circus act, that money will likely never see Brown’s pocket.

From @gmfb Weekend: The #Raiders have moved on from WR Antonio Brown, paying him $0 but also giving him his wish to be a free agent. pic.twitter.com/3CMZFuzlJ0