I have always been intrigued by college football. Ever since I was about 10 years old I couldn’t get enough of sitting at home on Saturday and watching obscure games. I initially fell in love with The Washington Huskies and then ventured into becoming a full on dork about every conference. The SEC games and the crowd and the passion always got me. Anyways this story isn’t about me. This is about how much do school spend on recruiting these top players. Stadium released a top 15 list of the schools that spend the most money on recruiting: 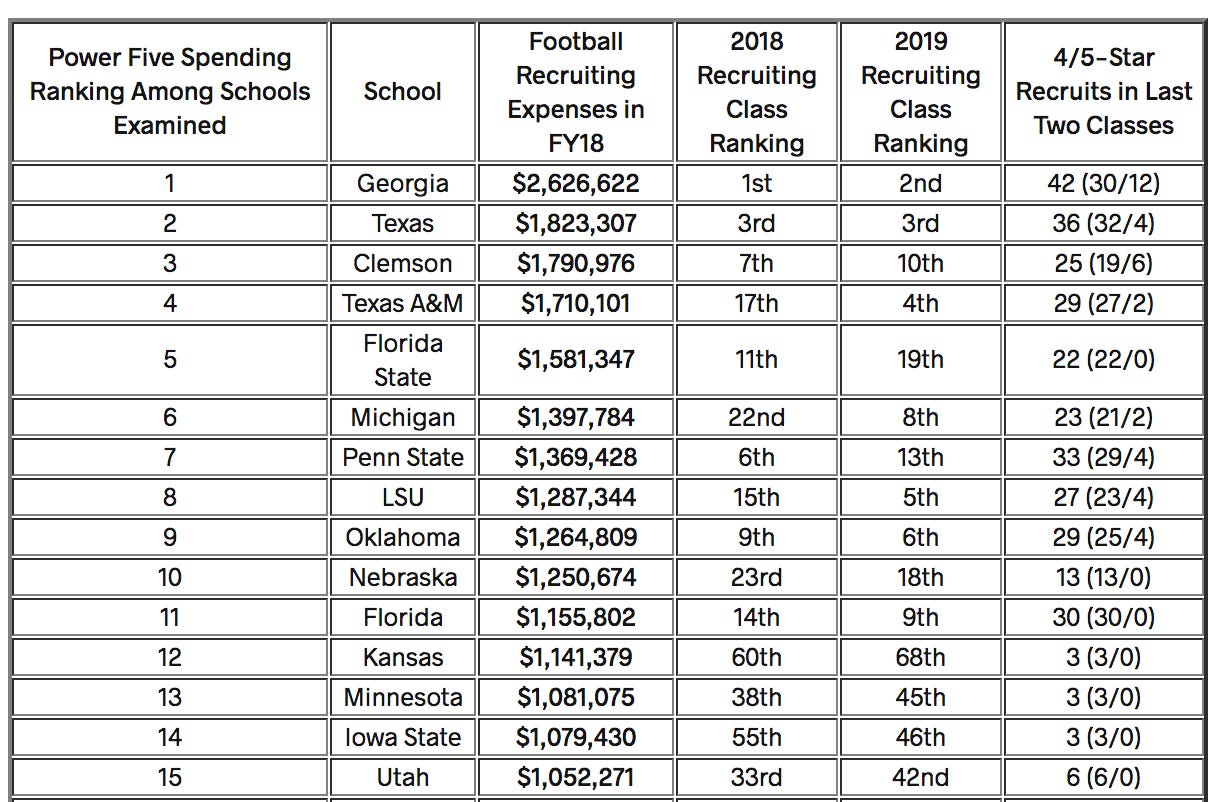 Only a few surprises on this list. Minnesota and Iowa State despite spending in the top 15 ranked 46th and 45th on the top recruiting classes. I was surprised Kansas despite now having former LSU coach turned actor turned back to head coach Les Miles was the 68th best recruiting class in the country. And Alabama surprisingly wasn’t on the top 15 but then again championships sell themselves. LSU fans probably will be yelling that Alabama pays their players so that doesn’t count, but whatever.

They provided this nifty chart as well which showcases the correlation between spending and recruiting class rank and not surprisingly for the most part the more you spend the better the class. 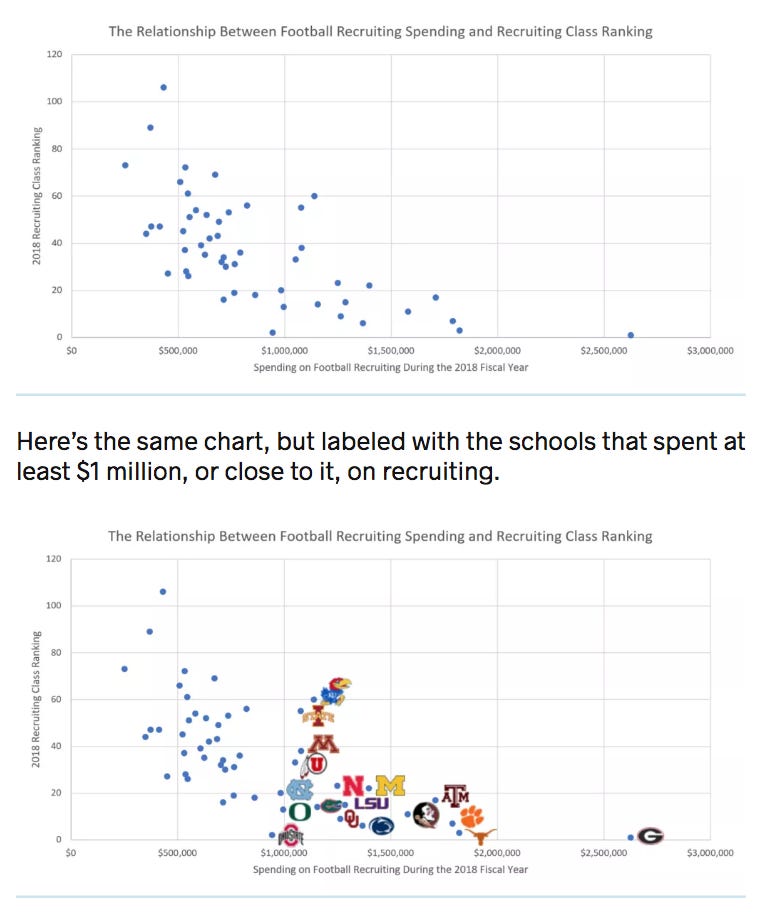 Georgia if you couldn’t tell spend an absolute absurd amount. I mean what are they doing? What could you possibly spend to be spending more than Florida and Michigan combined? Unless they are flying recruits to Bora Bora where they are are in a full all inclusive resort with Kevin Hart telling stand up jokes 24 hours a day I am not sure what you could spend. Anyways the most interesting part of the research is the breakdown of where the money actually goes in the case of LSU: 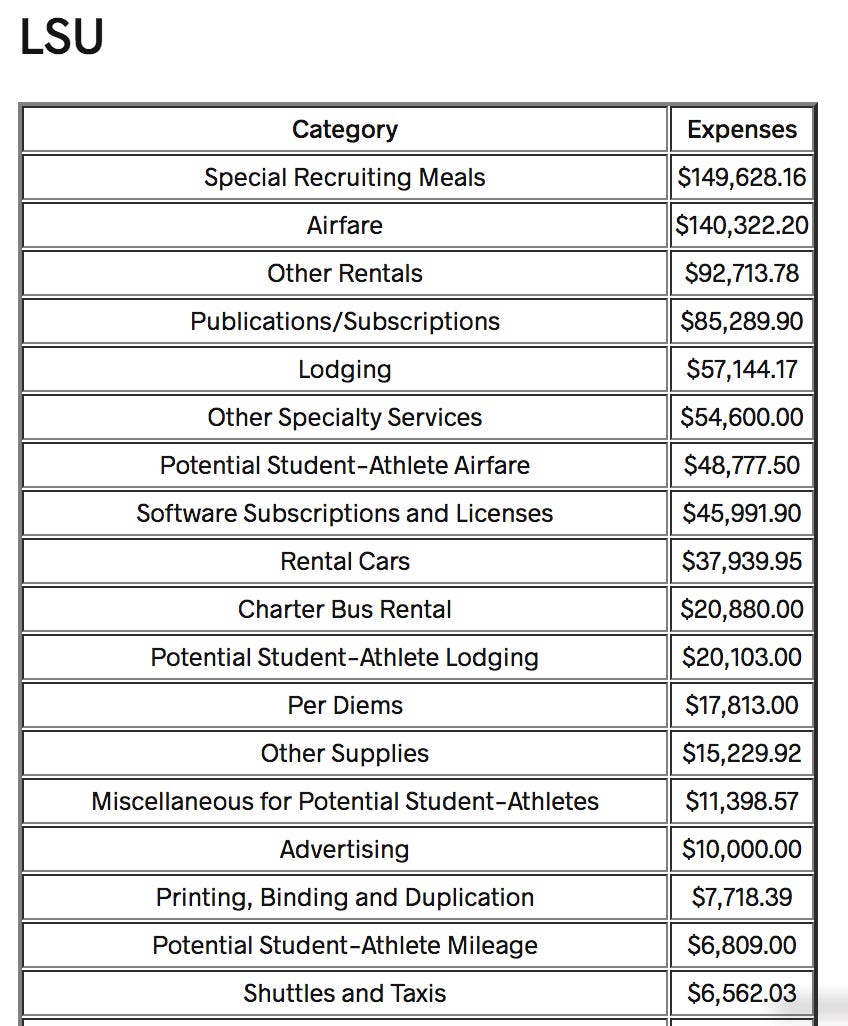 I am assuing Coach O likes to eat. So maybe that’s where the nearly $150k in meals expense is going. But “other rentals” “other specialty services”and “miscellaneous”; we’ll let you come to your own conclusions on that.