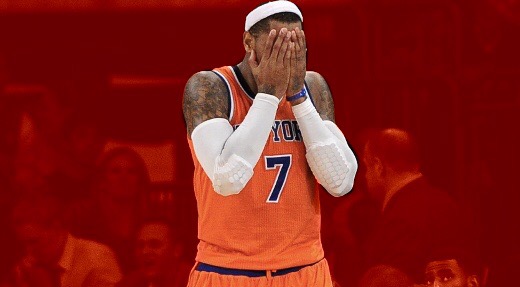 It’s been a sad road recently for former NBA superstar Carmelo Anthony, who can’t seem to find a team that wants him. Carmelo Anthony claims he wants to win and is willing to do anything, including coming off the bench with limited minutes, as long as he gets a chance. He decided to sit down with Stephen A. Smith on ESPN’s First Take and hash out all the comments and stories about himself this summer:

At the end… sounds like James Harden made the decision to get Carmelo off the Rockets ????? (via @FirstTake) pic.twitter.com/eYagvhcQAQ

Carmelo Anthony reiterates that he can accept a lesser role. He says he accepted it in OKC but that message wasn't relayed to him in Houston pic.twitter.com/mivrxxZx58

Carmelo Anthony says he hasn't been thinking about a farewell tour and says he can still play and is willing to accept a different role at this point in his career pic.twitter.com/AbQvsRqJkd

Do you think Melo should be signed to a team?