President Trump made a couple who are huge fan’s of his wedding a little bit extra memorable: According to The New York Post:

President Trump made a guest appearance at a wedding at his Bedminster, NJ, golf resort on Saturday that left the bride and groom chanting, “USA! USA!”

The president, who’s spending the weekend at the resort, walked into the wedding reception for Nicole Marie and PJ Mongelli, according to video of the event.

As the crowed roared and turned their phones’ cameras on the president, he motioned for the couple to come to him.

Trump, wearing a dark suit without a tie, put his arms around the two as they took part in the “USA” chants, thrusting their arms in the air.

This couple had a MAGA-themed wedding at Trump's New Jersey golf club — and Trump himself stopped by pic.twitter.com/awmmqKe7I9

Whatever, your opinion is on President Donald Trump, you do have to admit any time The President of The United States makes a surprise appearance at your wedding, it’s a pretty cool story. 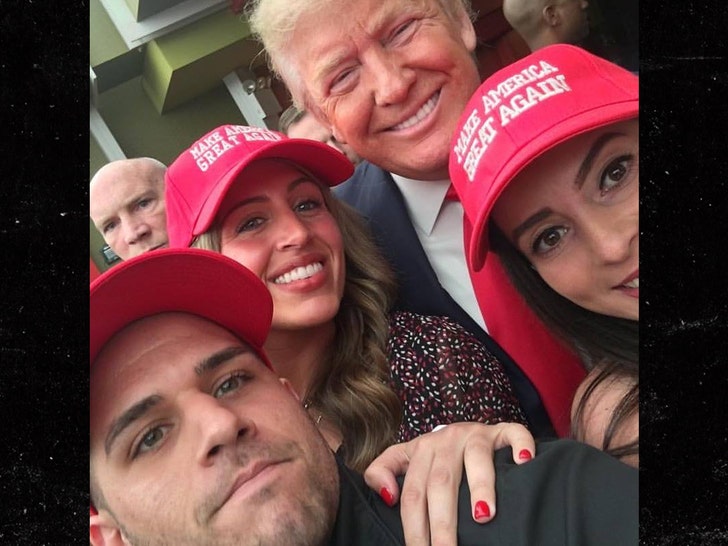