Mike Gundy might have never won a championship with Oklahoma State that is including the Big 12 and the NCAA National Championship. But that doesn’t keep him from competing for the title of most interesting quotes and hair. 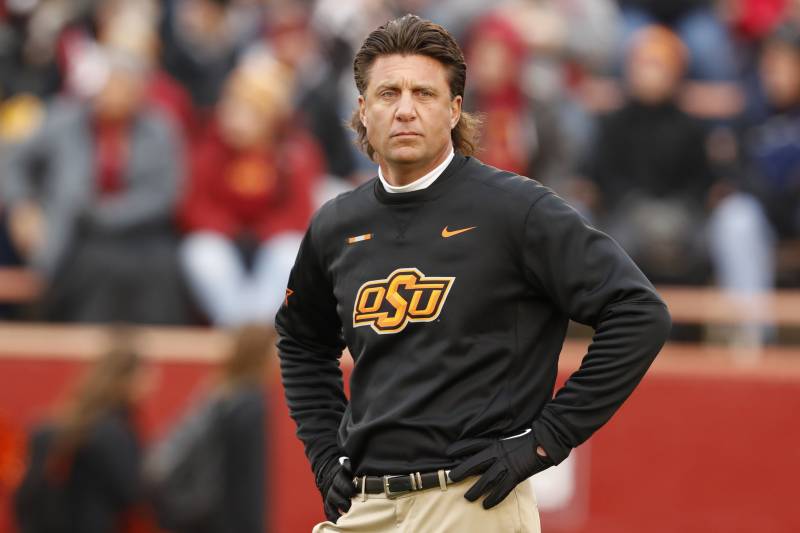 Last year he hit us with this gem:

And not to be undone this year he has given us a world class quote about whether or not his son will be getting playing time for Oklahoma State at Quarterback when asked about Gunnar Gundy (man his son has a perfect name) he said the following:

if the situation arose: “I told him, if you come to Oklahoma State, I’ll coach you like I do everybody else… If you’re the best player, you’ll play. If not, you won’t play — even though I’m sleeping with your mom.”

Here’s a photo of The Gundy family: