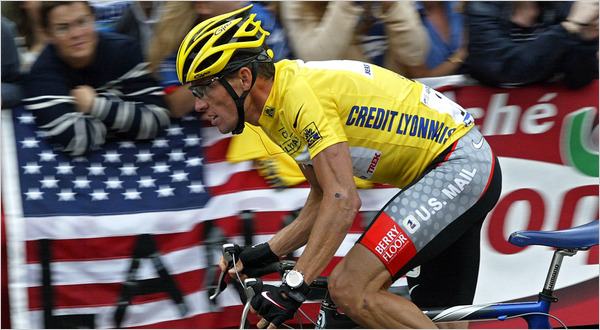 After years of angrily denying doping accusations (even under oath), 7-time Tour de France winner Lance Armstrong, 41, admitted to using performance-enhancing drugs when he rode for the U.S. Postal Service Pro-Cycling Team, during an exclusive interview with Oprah Winfrey.

The fallout? Well, before he fessed up on camera, the U.S. Anti-Doping Agency found “overwhelming” evidence that Armstrong spearheaded “the most sophisticated, professionalized and successful doping program.” He was stripped of his titles and forbidden to compete.

Now, Armstrong is under pressure to name other athlete accomplices, and pay back part of his $30 million sponsorship paycheck from the federal government. Not to mention, the reputation of his charity is basically shot to hell. Maybe he should trade his yellow bracelets for silver handcuffs.

One of the hardest falls from grace in the history of all of sports.

I have never had a single positive doping test, and I do not take performance-enhancing drugs.” – Lance Armstrong