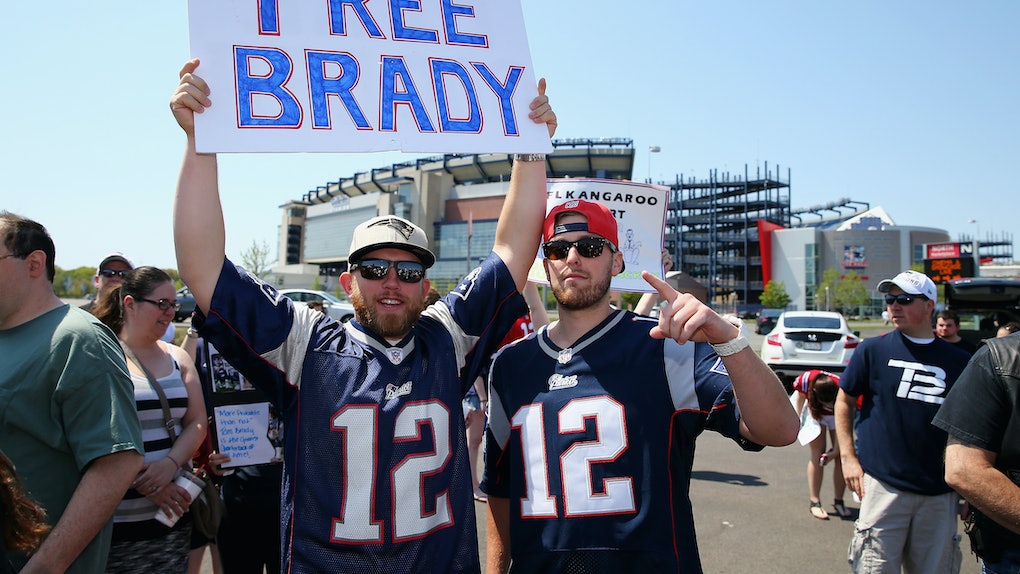 The New England Patriots destroyed The Indianapolis Colts in the AFC Championship game to reach The Super Bowl.

However after the game ; The New England Patriots, were rocked by accusations they’d used under-inflated footballs to gain an unfair advantage over their opponents.

After fighting Roger Goodell and the NFL for a year in court Brady settled with the league and was suspended for four games and the team was fined $1 million.