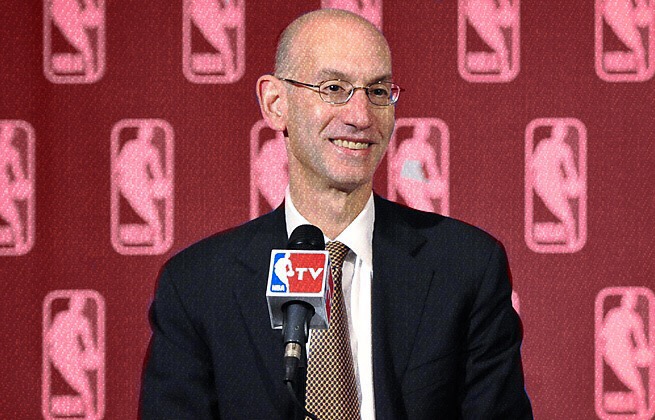 During the past few weeks there have been many discussions based off of what Draymond Green said on HBO’s ‘The Shop’ in relation to the term ‘owner.’ Well it turns out NBA Commissioner Adam Silver has made sure that the rest of the NBA doesn’t use the term owner because it is ‘racially insensitive.’

“I don’t want to overreact to the term because, as I said earlier, people end up twisting themselves into knots avoiding the use of the word owner,” Silver said … “But, we moved away from that term years ago in the league.”

“We call our team owners ‘Governor of the team’ and ‘alternate Governor.'”

As for the feedback from the players, Silver says he’s heard from both sides — “Players have gone both ways. I think a few players have actually spoken out and said the greatest thing that ever happened was when Michael Jordan was able to call himself an owner.”

To follow along with this trend, the Philadelphia 76ers recently changed the title of their owners to managing partners, and Steve Ballmer is listed as chairman on the Los Angeles Clippers official website. Other teams will likely follow in the near future.

Silver did mention that the term may come up here and there in memo’s but the league is working on completely moving past the term to avoid being insensitive.