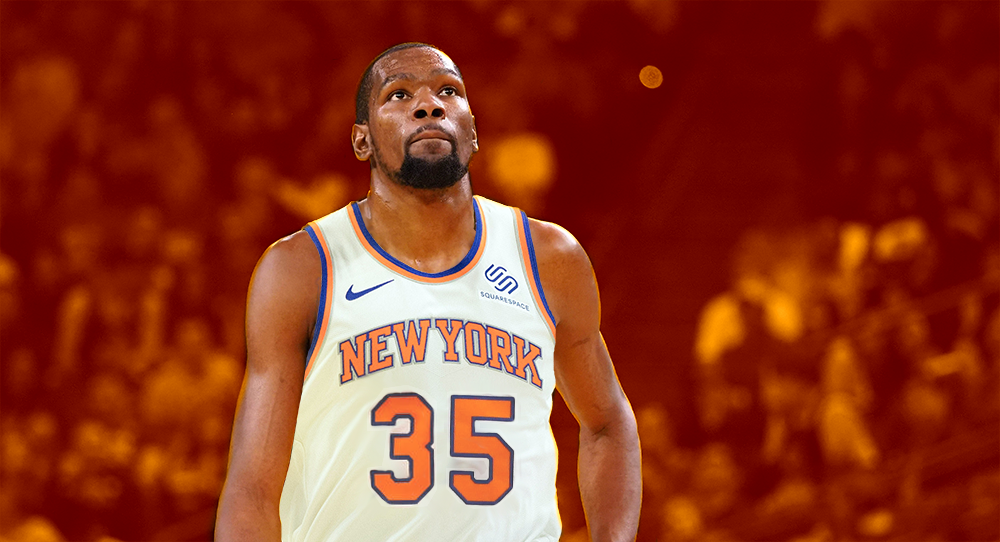 Another wrinkle to the Kevin Durant free agency talk has surfaced this morning during ESPN’s morning show Get Up, where Brian Windhorst has been the first to bring up that the Golden State Warriors and Durant have discussed a ‘delayed’ sign-and-trade scenario. The Warriors would sign Durant to a five-year deal, $57 million more than he can get elsewhere, this would put the long-rumored New York Knicks in position to acquire him. The interesting part is that they wouldn’t do it right away. They would pretty much pay Durant for one year as he rehabs, almost as a ‘thank you’ for coming to the Warriors and trade him after he heals from the Achilles.

The Warriors are clearly thankful for Durant coming to the Bay and helping the Warriors win two more championships but this could be a big price to pay as a thank you. First off you’d need to pay him for a whole year rehab, then you’d have to trade him to the one team that he wants to go to, which means they would know they are bidding against themselves in New York.

The key here would be trust. Durant would have to trust the Warriors that they would be willing to work this out and send him to the team he wants to be sent to. As Jalen Rose mentioned, Durant would be putting the fate of his future into the Warriors’ hands. It’s worth mentioning his trust in the organization could be less than ideal after reportedly being told there was no way he could “injure the Achilles” by coming back in Game 5.

At this point, it’s a win-win for the New York Knicks. You don’y have to pay Durant this year and wait for him to recover from his injury, and if for some reason Durant isn’t healing right, or the Knicks find a better deal for someone else, they won’t ever have to trade for him. The big question here is if the risk is worth it for both the Warriors and Kevin Durant?