I’ve been going to baseball games now for 25+ years, I’m 31 years old and I was trying to figure out how many games I have been to without getting one foul ball. So I did some very rough math and on average over these last 25 years I’ve gone to an average of between 4-10 games a year mostly in my home town of Seattle for The Mariners. First in The Kingdome and then the field formerly known Safeco Field (still not used to saying T-Mobile park) let’s take the middle number of 7 games a year and multiple it by 25 years. That’s 175 games. I’ve been close ONE time where the ball landed one row behind me and I literally got a finger tip on it. So this clip yesterday of a grown ass man stealing a ball from some kids at Camden Yards in Baltimore made me think of a few things.

Pigs get fed, hogs get slaughtered ?

So two ways to react here:

Not sure, which route I would have gone with, But pretty sure I’d give the kid the ball. But when you read the dude’s lips you can tell he just wanted more then the kids. 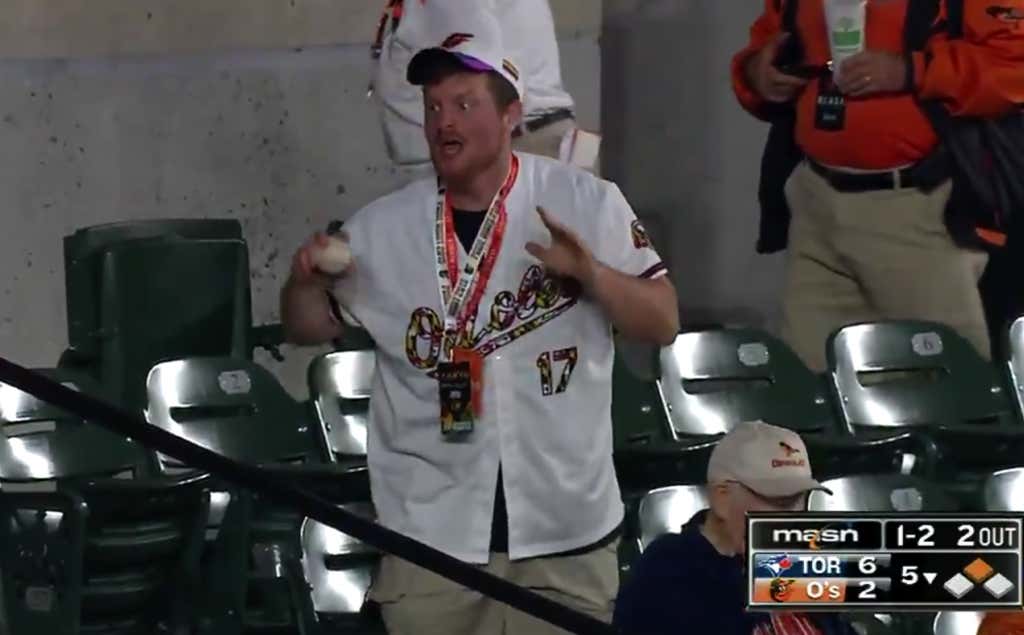 “I know that’s terrible, but I’ve been coming here for 30 years just to get this.”

Fair enough dude. Maybe this will motivate these two kids to get the next foul ball. So there’s a silver lining in this all.