Ted Ginn, said he’s the fastest man in football and he was willing to bet $10,000 dollars on it.

Well the pretty cool news it.. we are going to find out who it is on June 29th. Here’s the story from CBS Sports:

Almost two dozen current NFL players are set to race each other in an upcoming 40-yard dash tournament to determine the fastest man in professional football.

The 40-yard dash tournament is set to feature offensive and defensive divisions, with the winners of each facing off in a championship. A tourney venue is scheduled to be announced at a later date, but opening-round matchups will be announced by 40 Yards of Gold starting May 26.

Among the scheduled participants, as teased by 40 Yards of Gold:

Pretty stacked bunch. I am not sure who is going to win, but I’ll tell you who won’t right now and my bet to go last is Mark Ingram! Seriously? Mark Ingram is gonna race in this? Umm ok. Unfortunately, Chiefs WR Tyreek Hill won’t be participating because he has to lay low as he has problems off the field. But who you got? 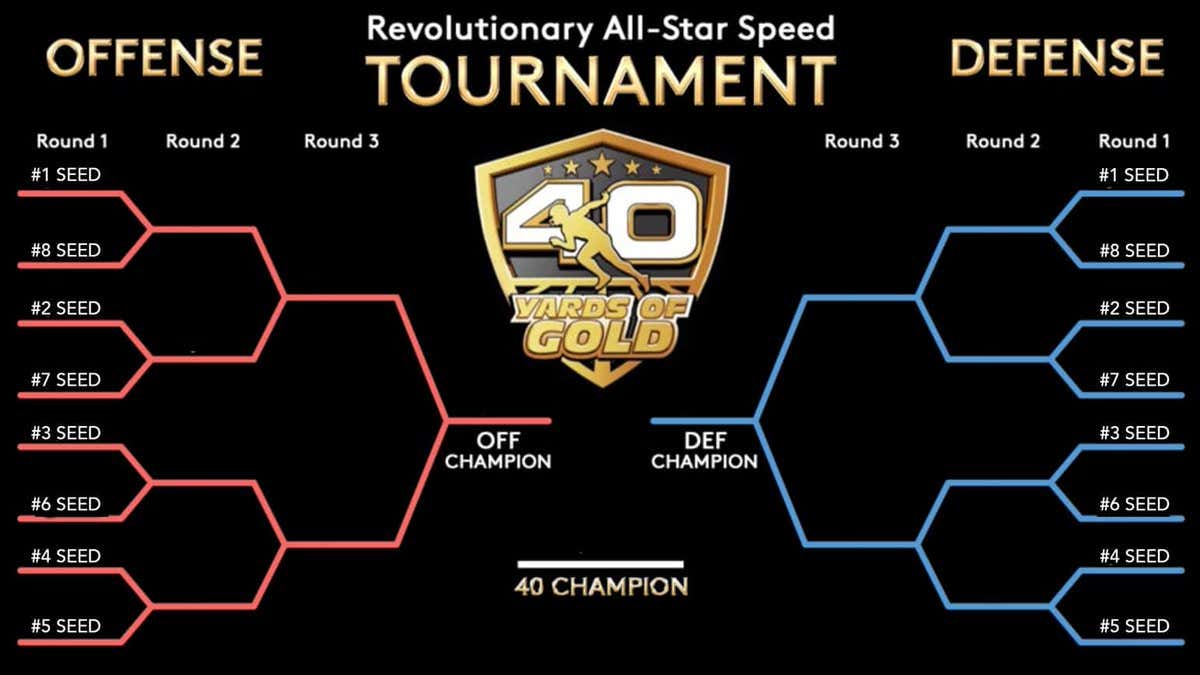