On Saturday night in game 3 of the Western Conference Finals the Golden State Warriors lost to the Houston Rockets in overtime. And Steph Curry lets face it had an awful game. Just a brutal night. Curry went 7-23 with only 4 assists and 3 turnovers but had some stinky stuff happen. Like missed layups, and missed dunks.

After the game a meme was circulating the internet making fun of Steph Curry’s playoff performance. And conveniently teammate Draymond Green’s mom retweeted and commented about it. 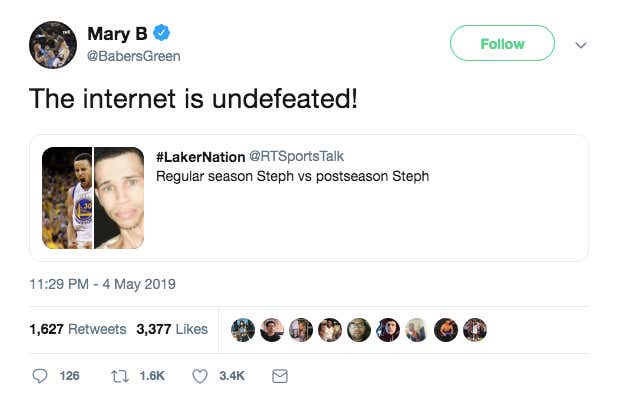 Is this show some drama in Golden State? Or is this Draymond’s mom kind of just acting weird and off the rails sort of like ummm her son? Not sure. But at the end of the day this goes to show that maybe there is some friction between some of the star players on the Warriors who are going for their 3rd straight NBA title.