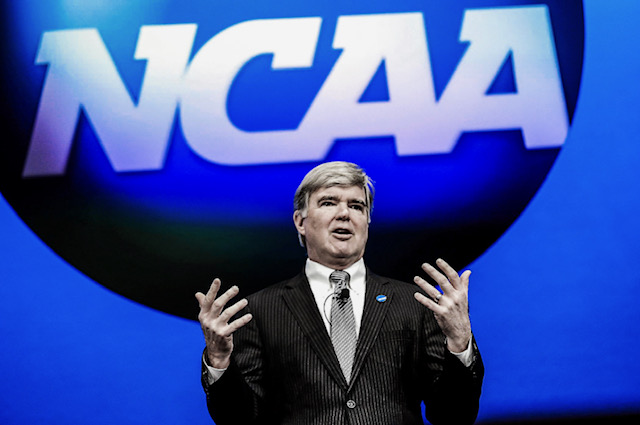 Let’s give a backstory on what’s going on here. Brock Hoffman is a 6 foot 4 315 pound offensive lineman in college. He spent two seasons at Coastal Carolina University. After last season however he entered the NCAA transfer protocol and committed to going to Virginia Tech about 2 months ago. Why was he transferring? Well his mother has “Acoustic Nueroma” a brain tumor that paralyzed her face and caused some slight hearing loss and made it impossible for her to travel to see her son. So he transferred to be closer to her. 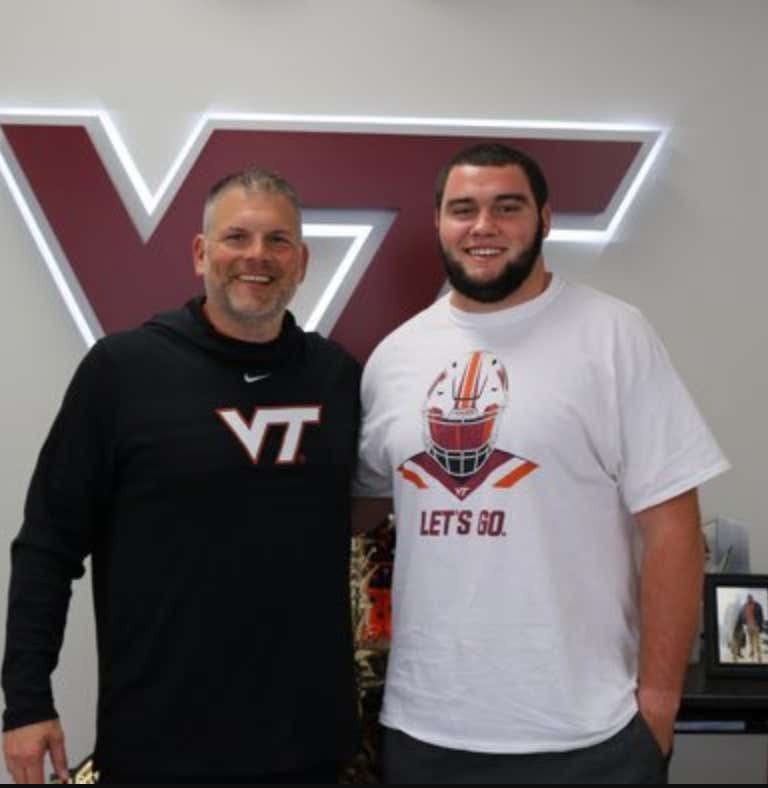 The NCAA usually lets players transfer and play in some circumstances and you’d think this family emergency would be a reason to grant him eligibility to play. Right? Wrong!

According to The Spun:

The NCAA requires non-graduate transfer players to sit for a season if they choose to transfer to an FBS program, unless they receive a waiver.

Hoffman attempted to receive a family medical hardship waiver from the NCAA, but was denied. He plans to appeal the decision and took to Twitter to vent his frustration.

Hoffman revealed his mother had a brain tumor removed and is still suffering from facial paralysis and eye sight issues.

He transferred to Virginia Tech so he could be closer to home and help take care of her, but now has to sit out the 2019 college football season after being denied a waiver.

So basically the reason they denied it as are follows: 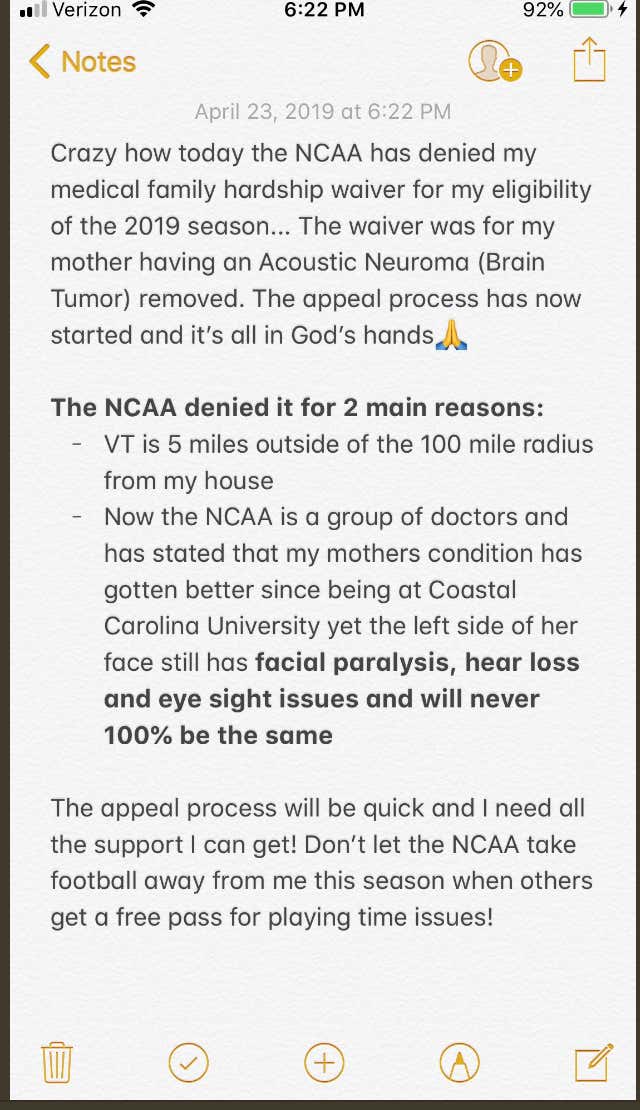 Several quarterbacks received a waiver from the NCAA to play with their new school right away. Justin Fields transferred to Ohio State from Georgia, forcing Tate Martell to transfer from Ohio State to Miami.

Let’s help spread the message and make more people aware of this because once again the NCAA does it wrong.