I kind of want to call a spoiler alert here. But honestly, why would you even click this if you didn’t watch Game of Thrones last night. But Jon Snow pulled off what might be one of the worst and indefensible moves in history of all movies and TV Shows. Here’s the clip below:

I mean I was such a big fan of Jon Snow. But what the hell is he doing here? Dany goes to meet up with Jon before the White Walkers come and are about to literally kill everyone. I thought they might hook up for one last time, but nope. Jon took it upon himself to tell Dany his real name, which is Aegon Targaryen and that is father is not Ned Stark it’s Rhaegar. That means that Dany is his aunt and Jon is really the heir to the Iron Throne. And if there is one thing we have known about Dany is that all she fucking cares about his being the heir to the throne. She’s not loyal to Jon, she’s not loyal to no one. 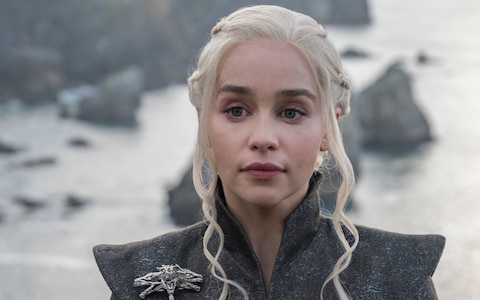 So my only expertise in war fare is the book Sun Tzu “The Art Of War”. But a whole army of dead people is coming to kill and literally kill everyone and you take it upon yourself to tell Dany that actually you are the heir of the throne?  Among the people coming to fight by the way is a ice dragon. Oh, and who can also control dragons? Dany. So you think Jon, that the best time to tell her about this you know MASSIVE detail is right before she the war? Idiot move? Yes. Worst move ever? Fuck yes. Damn it Jon Snow I believed in you!