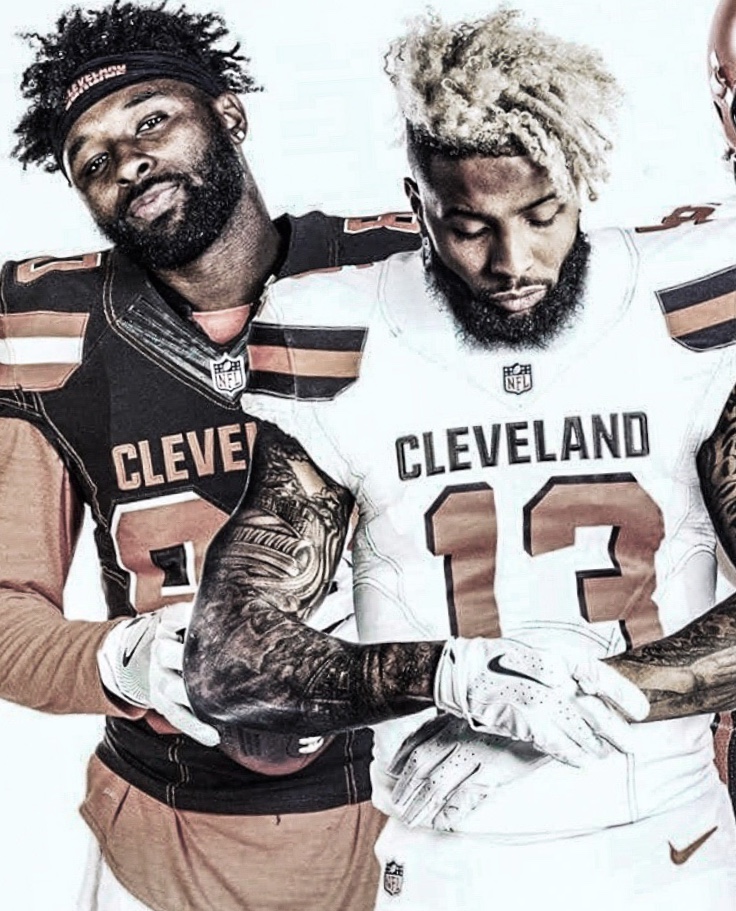 The idea of Odell Beckham Jr. and Jarvis Landry reuniting like their college days has always been something people have talked about. And now the two are finally teammates again after OBJ was traded from the New York Giants to the Cleveland Browns this off-season. And man, Nike did a hell of a job putting together a great video showcasing their journey from Louisiana to LSU to the NFL. And I got to admit I’m not a Cleveland Browns fan but this commerical got my hyped to watch them this upcoming NFL season.

Also Nike is obviously genius’s at marketing. They literally dropped this commercial 5 minutes before Odell’s introductory press conference in Cleveland.

“This can’t be real.” pic.twitter.com/HTulsjl83j

Here’s some of the best quotes from the presser in Cleveland today:

“I think it’s going to be one of the best thing that’s ever happened to me in my life.,” Beckham Jr. said. “I can’t even put it into words.”

“If I wanted to be anywhere else, it’d be playing alongside my brother. He made me who I am today,” Beckham Jr. said. “I feel like we spoke this into existence. This is something we talked about at 17. It’s surreal.”

“I cried,” Landry said with a grin. “I called Odell. I talked to John (Dorsey), I cried with John. I cried with Freddie. I know for me, it’s something that, not only as a player but as a person, he’s definitely somebody that my life needs. It’s more than an honor to take the field with him again.”

“They’re team-oriented guys,” Mayfield said of Landry, Beckham Jr, and the rest of his skill players. “I might just close my eyes and hope one of them catches it.”

You can watch the whole press conference here: