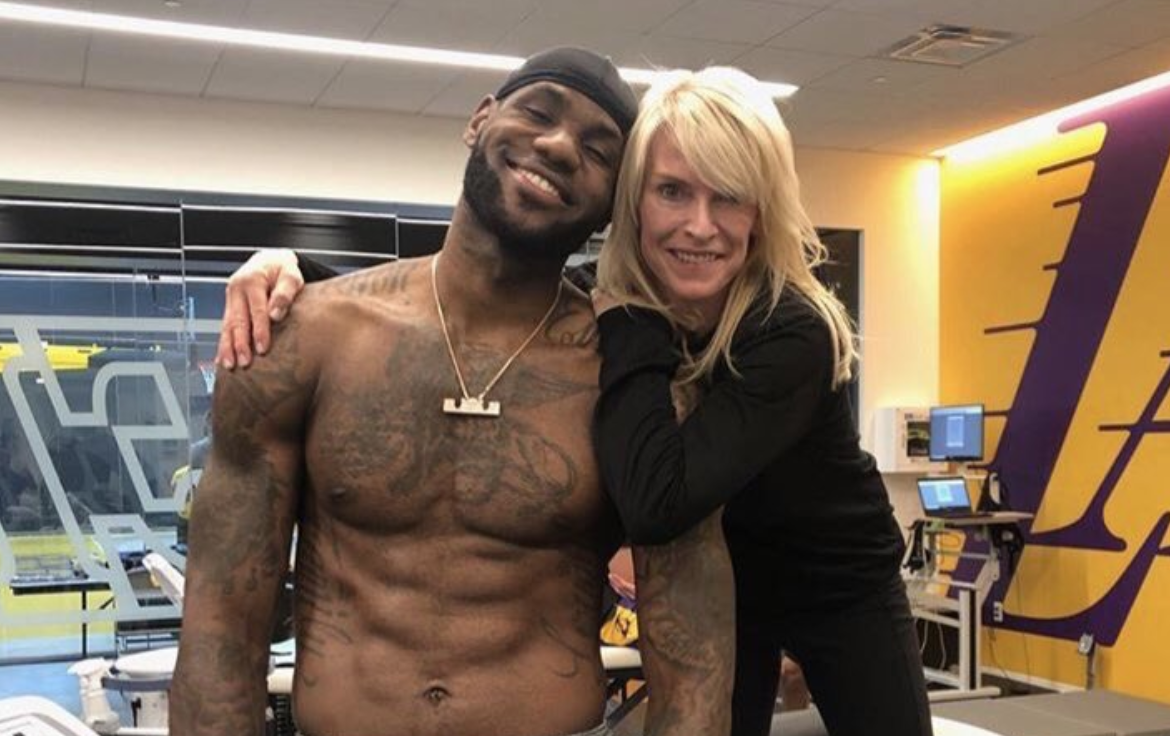 The 2018-2018 season for the Los Angeles Lakers hasn’t gone as planned, and it hasn’t for LeBron James as well. The main reason for this was all the injuries the Lakers have had to their top players, and mainly LeBron James. Despite the awful end to the season where the Lakers got eliminated from the playoffs, they actually were a few games back of first place in the West. Then came the groin injury…

As many of us know, LeBron has gone a solid 15 straight seasons without an injury that has caused him to be out for too long, until this year. During the Lakers win over the Golden State Warriors in December, LeBron came down feeling a ‘pop’ in the groin.

While at first we all assumed he would be back in no time, it actually took six weeks to recover. This pretty much had the Lakers tumbling down the standings and eventually, on Friday night, they were eliminated, even with LeBron back on the court.

Less than 24 hours later, LeBron’s apparent physical therapist took to Instagram and decided to inform the masses of what LeBron was dealing with following his injury that she claims he should’ve missed the rest of the season for.

As you can see, she makes a bold claim about the injury to LeBron, “… he was on the court in 6 weeks, it should have been 6 months.” She continued to speak on the heart and desire he had to come back and try and will back the Lakers to contention.