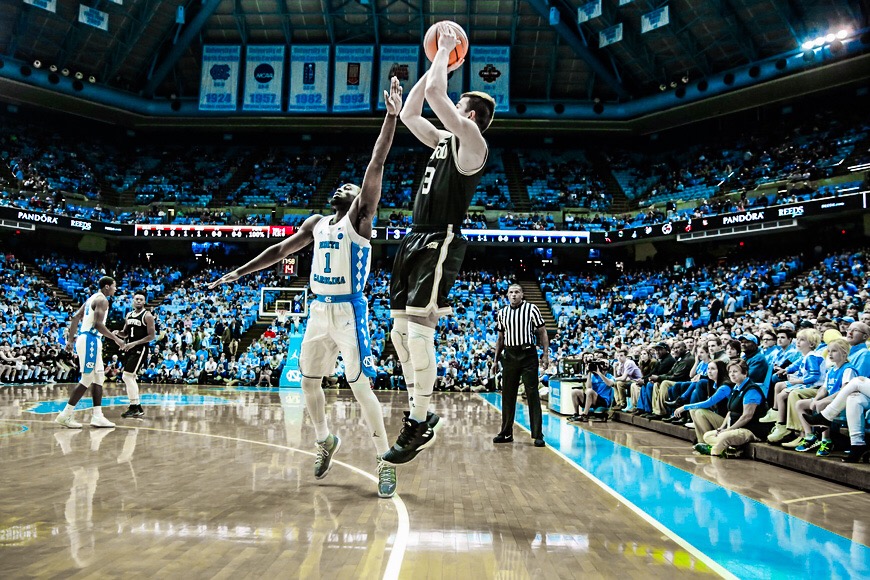 This is March Madness. Not only do we love March Madness for the storylines and the upsets, but also for records being broken. Today, Wofford’s Fletcher Magee broke a record that is going to be hard to beat.

Magee, a senior from Orlando, Florida, is No. 1 in the nation in 3-point field goals per game, averaging 4.58 entering Thursday.

Wofford guard Fletcher Magee set the NCAA Division I career 3-point record on Thursday night in the first round of the NCAA tournament against Seton Hall, bypassing the mark once held by Travis Bader.

Magee was only three 3-pointers from breaking the record – he did that in the second half getting his 505th made three. This led Wofford to their first ever school NCAA tournament win today.

Wofford broke the record surpassing Bader who had set the mark with 504 in 2014 at Oakland.