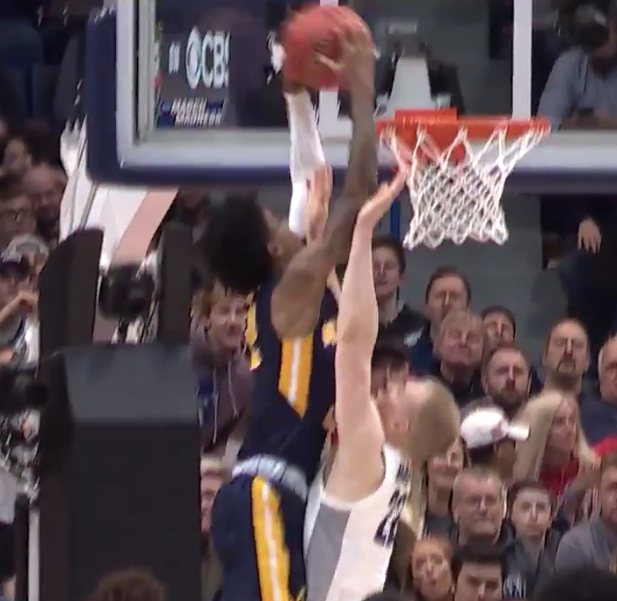 Murray State’s superstar talent Ja Morant is projected to be a top 5 pick in the upcoming NBA Draft, and today we can see why. No. 12 Murray State is an underdog to No. 5 Marquette, yet have had leads as big as 20 points during the 2nd half, Ja Morant himself has a triple double which is his 3rd this season (the most in the NCAA).

Many have compared Ja Morant to Russell Westbrook due to his extreme athleticism, and is ability to not only score but also get assists and rebounds. Today we were able to see why he is getting all this hype with one of the best dunks we’ve seen all season long:

Looks like Murray State will complete one of the bigger upsets of the first round!