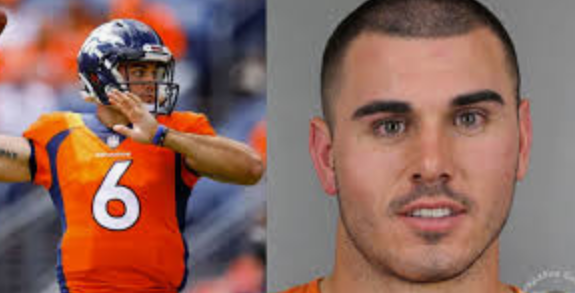 Chad Kelly’s career in the NFL and College has been bizarre given the amount of weird off-field arrests. The weirdest came in October when he was arrested for trespassing for entering a woman’s house after leaving teammates Von Miller’s Halloween party. The video is pretty ridiculous as he was chased out of the house by a vacuum cleaner.

Kelly if you haven’t heard the story, came dressed as Woody from Toy Story.  Walked into a random house, while mumbling incoherently with a woman who was holding a baby. Kelly was released by The Broncos after his off-field antics became too much for Denver to deal with, plead guilty to second degree criminal trespassing. Which is actually a felony. Kelly was also sentenced to one year of supervised probation and 50 hours of community service.

entenced to one year of supervised probation and 50 hours of community service.