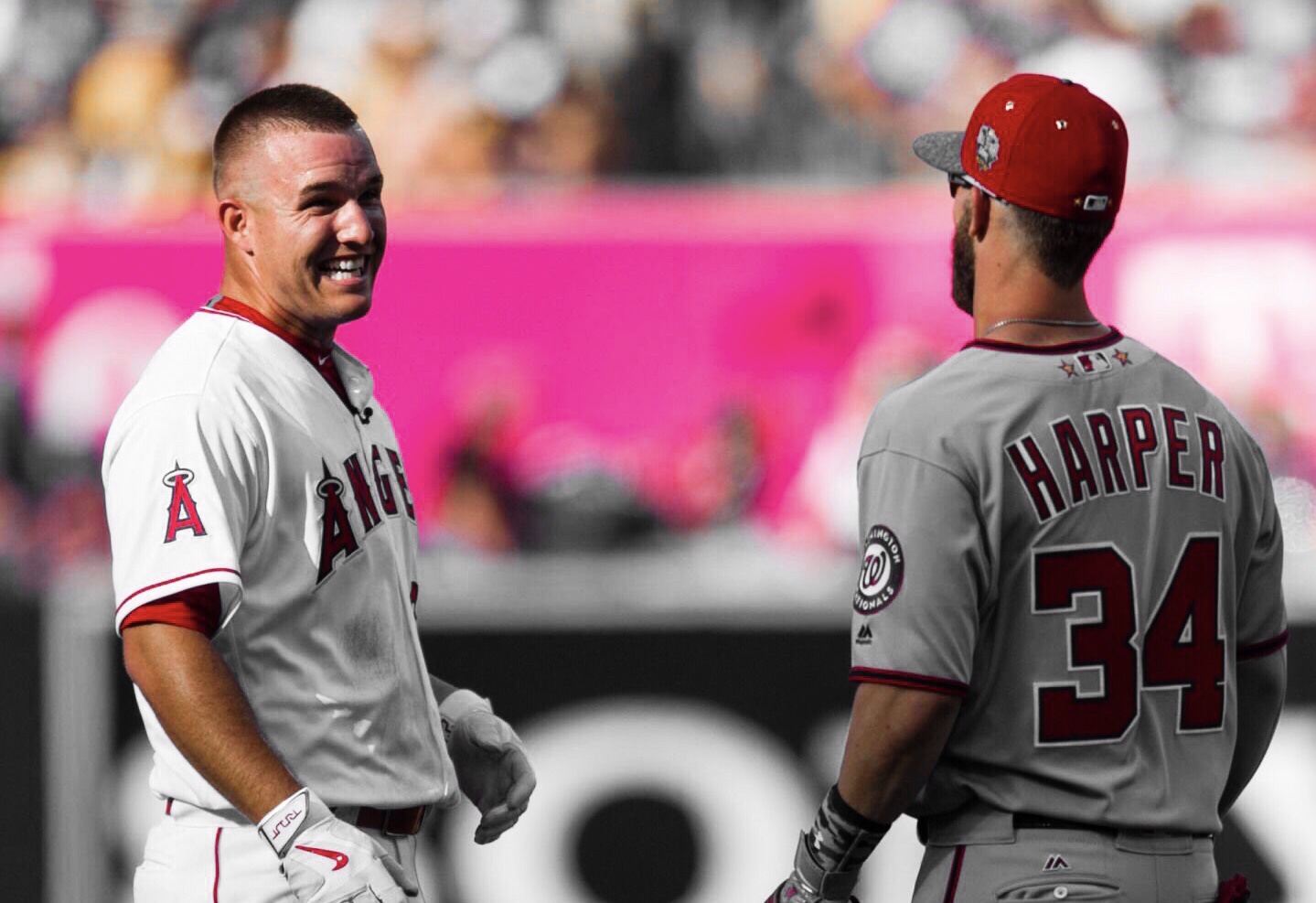 Mike Trout just signed the biggest contract in MLB history yesterday.  After Bryce Harper inked his own monster 13 year contract this offseason with the Philadelphia Phillies we knew it was only a matter of time until Trout would break the all time mark for largest contract ever. And he did in no time. Harper told media on Wednesday that he texted Trout to congratulate him.

Bryce Harper said he texted his congratulations to Mike Trout. “When I talked to him this offseason, I told him, ‘Man, I want to get as much as I can so that you can blow me out of the water pretty much.’ And he did. I’m very happy for him.”

Some might look Mike Trout’s contract as too big. But considering how good he has been on the field he 100% deserved the contract that he got. Now with it settled that Trout is going to be an Angel for a long time. They can turn their sites into trying to make the MLB playoffs.