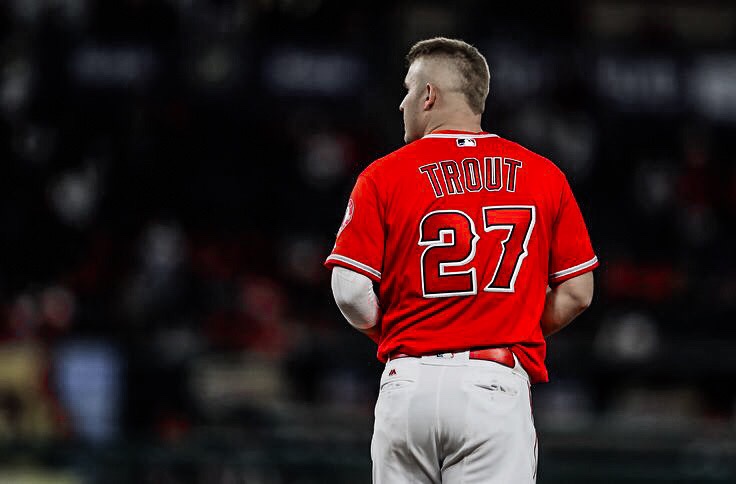 ANAHEIM, CA - SEPTEMBER 19: Mike Trout #27 of the Los Angeles Angels of Anaheim walks to centerfield during a game against the Cleveland Indians at Angel Stadium of Anaheim on September 19, 2017 in Anaheim, California. (Photo by Sean M. Haffey/Getty Images)

The Los Angeles Angels of Anaheim and Mike Trout are finalizing the largest contract in professional sports history, a 12-year deal worth more than $430 million that will smash previous records and could keep the greatest player of his generation with the Angels for the remainder of his career according to sources.

BREAKING: Mike Trout is finalizing a record-breaking 12-year contract worth more than $430 million with the Angels, per @JeffPassan pic.twitter.com/EBXmPg0j92

Trout, a 27-year-old is a already a two time AL MVP and has finished in second another four times. He will be receiving roughly $36 million a year, a record breaking number. Including 30 percent larger than Bryce Harpers $330 million deal with the Philadelphia Phillies.