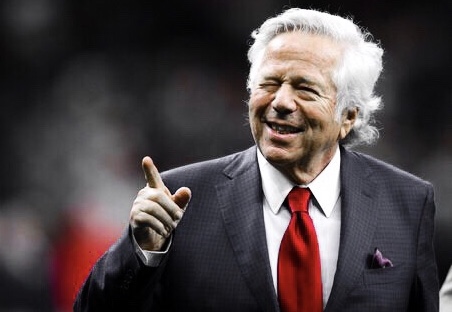 Well, I guess some of us might have wondered what the alleged masseuse that Robert Kraft went to looks like. Just under one month ago Kraft was charged on two counts of soliciting a prostitute. 25 men were accused and now it looks like we know one of the two women who are in question. Shen Mingbi was allegedly one of the two women had this contact with Kraft at the Jupiter, Florida massage parlor.

The Pictures were obtained and released after he ID and Florida massage therapy were obtained from the DailyMail.com. Mingbi is not currently being charged for her involvement in the sting. which could mean she is cooperating with the police. The story has been getting weirder and weirder with democrats wanting an investigation from the FBI.

Democrats demand FBI probe into Chinese-American who sold access to Trump and founded spa where Robert Kraft was arrested https://t.co/l13FdiScRc

Just a story that is interesting and frankly we aren’t sure what the resolutions are going to be.